How to get to serve in the Marines

One of the oldest branches of the Navy is the Marines. The range of applications of the Marines are manifold: from participating in amphibious operations to the protection of important coastal installations. Floating tanks, infantry, powerful artillery, all the Arsenal of modern marine corps. Many young people feel lucky to get to serve in the ranks of the black berets. However, at induction points of military commissariats fierce competition for the right to try the vest with black stripes. 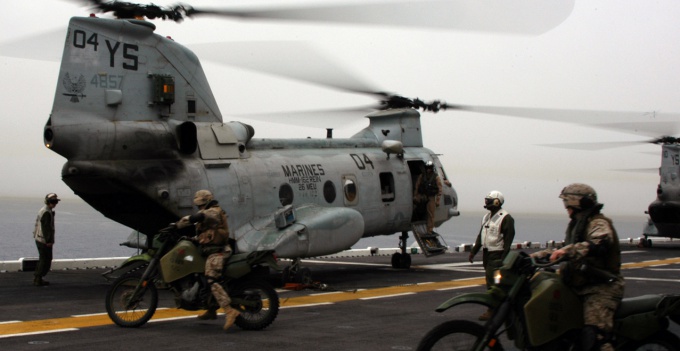 Related articles:
Instruction
1
To prepare for service in the Armed Forces need well before you will cause another conscription Commission. If you want to join the Marines, it would be better if in advance begin to prepare themselves for service. In fact, the selection of black berets are very strict. First of all, start with the most important is the medical Board. In the military Commissariat at the place of residence determine the criteria for the medical selection of recruits into this elite corps.
2
Pass a medical examination to determine fitness for service in the army.
3
After receiving the medical report form A-1 or A-2, write a report addressed to the military Commissioner with a request to call you in the Navy where you specify that you want to serve in the marine corps. In the report, specify the motives of your desires, and qualities that you personally possess. Sports schedules, drivers license or other professional certificates will help you to realize your dream. Skydiving, scuba diving will increase your chances to get into special forces of the marine corps. Now your report-a statement will be your business card in the personal file of a conscript.
4
Personal presence at the credentials Committee, stated once again about the desire to serve in the marine corps.
5
Received a summons for conscription in the army arrive at the recruiting office of the military Commissariat. So, you sent the Navy. Be smart, perseverance in the selection at the recruiting office, in determining the location(geographical location of the marine corps) service.
6
Log in to personal contact with recruits arrived for Navy officers. Describe your desire to serve in the marine corps. In the conversation list activity results and achievements, the profession (if any). But most importantly - try to convince the sincerity of his desire.
7
In the selection of the specific part of the care and diligence in the delivery of physical and psychological tests.
8
But remember that at the recruiting office, the service is just beginning, and the right to serve in the elite troops will have to prove even on arrival at the place of service. Strictly follow all commands by accompanying troops.
9
Marine corps service hard, with some wind romance. But despite the hardships, the people who served in her pride for life.
Useful advice
The selection at the recruiting office is not superfluous to indicate your ability in the field of Amateur art activities, painting. People with talents that are in demand always and everywhere.
Is the advice useful?
See also
Показать еще
Подписывайтесь на наш канал