How to enter the service under the contract

Currently, citizens of Russia have the right to military service on the contract. Contract service reflects the need of the state in creating a strong professional army and radically affects the whole military organization of the state. What is required in order to become a contractor? 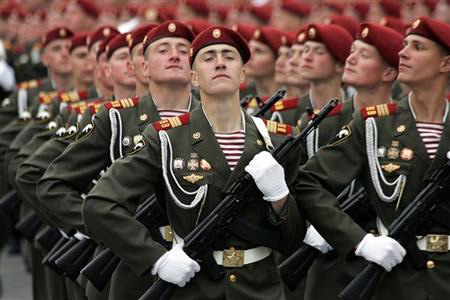 Related articles:
Instruction
1
First of all, you should know that the first contract for military service may enter into men aged from 18 to 40 years and women aged 20 to 40 years.
2
The contract is in writing. One of the parties to the contract – citizen wishing to become a professional soldier, the other party – the Ministry or Agency, which provides military service.
3
The selection for admission to the military service engaged in military commissariats of subjects of the Russian Federation in the procedure established by the RF Law "On military duty and military service".
4
Entering military service on the contract undergoes a medical examination that determines fitness for service for health reasons. For a positive decision, the medical examination must recognize citizen fit for military service or fit for service with minor restrictions.
5
Mandatory for award of the contract will be the implementation of the requirements by educational level, the level of professional training, psychological and moral qualities, but also for physical fitness. According to the citizens the requirements checks attestation Commission of the military unit.
6
The following types of contracts: on service personnel in the Armed Forces and Federal agencies, on service in HR specific parts of the service in the particular position of the corresponding military unit.
7
The refusal to conclude the contract could be followed in case of absence in the unit specific vacancies, by the non-citizen requirements for entering military service on contract, and when removed from or outstanding convictions. Another reason for refusal – the presence of a child under the age of eight years.
8
The law provides for the possibility of early termination of the contract with the consent of the parties that signed it. The reasons for such termination may be health status, changes in staff structure, respectful personal reasons.
Is the advice useful?
See also
Показать еще
Подписывайтесь на наш канал