Novel by the writer Alexander Dumas "the Three Musketeers" begins with scenes of the arrival in Paris of a young Gascon named D'artagnan, who decided to become a soldier of the king. On the head of the provincial, who lived in the middle of the SEVENTEENTH century, boasted, causing the laughter of others, a huge black beret. In the twentieth century, these berets became part of the uniform for soldiers, to make fun of which is not recommended. This is especially true of blue or blue berets. 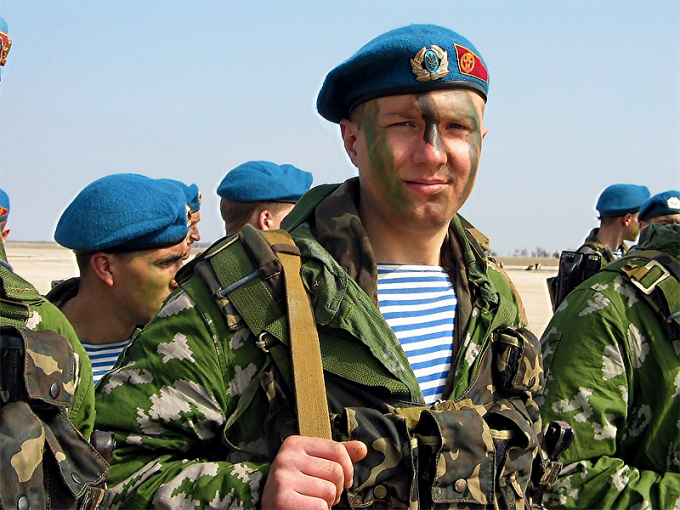 Colored military beret, over time, not just replacing the caps and forage caps, but also an indicator of a kind of elitism of their respective owners. After wearing them sea and air Marines and various special forces, were considered the elite and even the most revered in the army caste.


Until recently was no different, and Russia, where the right to prestigious picks were only selected and specially trained soldiers. Now the situation has changed in many ways. Beret became common headgear is not only for paratroopers and Marines, but also for representatives of other branches, even for police officers (riot police) and emergency services. And to the blue and black colors were added to crimson, maroon, green, grey, blue, orange...

The most prestigious in the Armed forces of the USSR and Russia are considered blue, not blue, as it is sometimes incorrectly referred beret paratrooper. That is, soldiers and officers of the VDV (airborne troops). Introduced it into use in 1968, the then commander of the "winged infantry" General Vasily Margelov. After the publication in July 1969, the order of the Minister of defence Andrei Grechko, such takes was for the Marines official.


Interestingly, military historians claim that the original airborne color was crimson. How, in fact, the paratroopers in many other countries of the world. But after the tragic involvement of Soviet troops in suppressing the uprising in Czechoslovakia, Margelov suggested for parachute connections the color of the sky blue.
By the way, the same color vests and berets special forces of the GRU (Main intelligence Directorate), whose utility functions are often similar to those assigned to the Marines.

Choose the color of the sky

Soviet and Russian paratroopers are not the only army in the world, wearing and wearing blue berets. It is known that almost the same hats were part of separate groups of American special forces, airborne troops and air force (air force) and colonial divisions of the Portuguese army in Angola and Mozambique. Besides, the blue berets as symbolizing the color of the world, part of the uniform of military personnel of peacekeeping forces of the UN.


Namely blue and dark blue berets, but not the elite are the security units of the U.S. air force, military police at Israel and the military of South Africa. In addition, blue berets included in the new uniforms of the Russian air force.
Is the advice useful?
See also
Подписывайтесь на наш канал