How to get the peacekeepers

Almost everyone in the country knows that our troops are involved in peacekeeping operations around the world. This information is constantly on the lips, it is reported in the news on the television, in Newspapers and on the radio. Special attention to the rumors about the peacekeepers given their considerable wages, and colorful life abroad. Many young guys dream to get in peacekeepers: who's earning and who with good intentions. But despite the prevalence of rumors, few people know that you need to become a peacemaker. 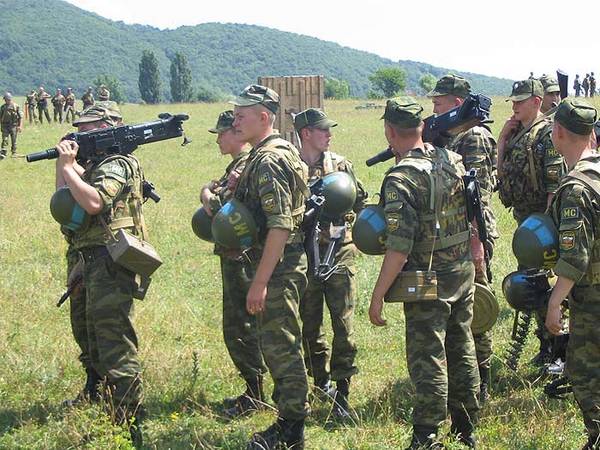 Related articles:
Instruction
1
Reach 25 years. You serve in the Department of the interior Ministry at least 5 years. Master the confident possession of a firearm, get a driving license category "b" with experience of 2 years. Learn English or French. Possess excellent health and physical preparation. Only after all these criteria, you can apply to join a peacekeeping force.
2
Please contact the personnel Department of the internal Affairs. They usually have lists of employees that are required in a peacekeeping force. If such lists are not, then try to find out who in your area is a peacemaker. Try to meet this person. The fact that after ending the mission the peacemaker, he filed a report in which one of the clauses recommends that someone at the place of work to serve in UN peacekeeping operations. Ask them to add you.
3
Pass a medical examination. To the health and psyche of peacekeepers high demands. For example, if you have on the body have large moles, you will likely be denied. The fact that all UN missions are mainly in Africa and if the mole will break, then these conditions will be difficult to stop the bleeding and increases the chance of blood infection.
4
Will receive a certificate, fact sheets and feature with the signature of the chief of police. Go to the peacekeeping training Centre in Moscow with all the documents which pass the admission tests. Enrolled in the Center attend a training.
5
Pass successfully the examinations of the foreign Commission of the United Nations. This stage is the most difficult. It included 4 stages of the exam in English or French language, 3 stage shooting, 3 stage driving four wheel drive vehicle.
6
Pass a credentials Committee with the participation of the head of CSD of MIA. Then wait for a decision on your entry into the ranks of the peacekeeping contingent.
Is the advice useful?
See also
Присоединяйтесь к нам
New advices