How to get into the special forces of the FSB

If your dream is a service in the special forces, be prepared to undergo a rigorous selection. The candidate requires almost ideal characteristics, physical and moral condition. Are you ready? 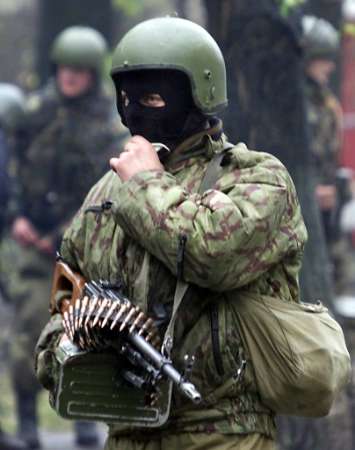 Related articles:
Instruction
1
The primary selection. Preference is given to candidates presented by officers, warrant officers and cadets of military schools. 97% of posts in the special forces officer and only 3% is intended for warrant officers. Therefore, in order to have a real opportunity to get into special forces, you need to be an officer or at least an ensign. During initial selection, pay attention to education of the candidate. Be SF be easier if you have a higher education.
2
Getting recommendations. To qualify to work in special forces, you must obtain the recommendation of the incumbent SPC, as well as "alpha" or "Vympel".
3
The physical testing. The selection of candidates special attention is paid to their physiques. The standards are as follows: growth from 175 cm, age not more than 28 years. Physical testing for employees of different departments of different intensity, but in any case, takes place in two stages. First stage: delivery standards for physical training. Second step: sparring hand-to-hand combat.
4
Is a result of profiling at the level of the next of kin.
5
Psychological examination. For candidates who passed the previous stages, the survey is conducted by a psychologist. Due to the special test identifies the characteristics of the personality of the candidate, his character, temperament, moral character and other personal characteristics.
6
A full medical examination. As a result of thorough examination tests the ability of tolerance to airborne training.
7
Mandatory polygraph test. The main task of this stage is to identify "dark spots" in the biography, what the candidate is deliberately holding out on you. So be prepared to answer questions about your addiction to alcohol, drugs and other harmful habits, connections with the underworld, antisocial tendencies, corruption motives, etc.
8
The interview with relatives. According to the interview results, the relatives must give written consent on the candidate's enrollment in the special forces.
9
Credited applicants who have successfully passed all stages of selection.
Is the advice useful?
See also
Показать еще
Присоединяйтесь к нам
New advices