How to apply for military service

There are several options of service in the armed forces. Either you want to go to serve as an ordinary conscript or under contract (as officer or enlisted). In either case, there are steps and features that must be considered. 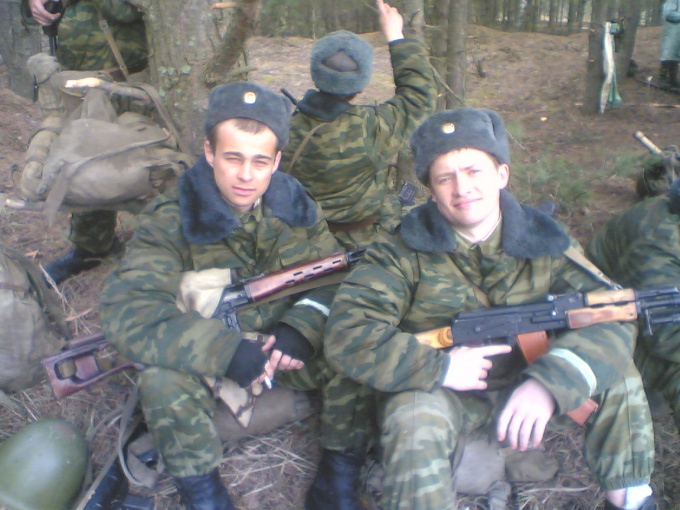 Related articles:
You will need
Instruction
1
So what is needed in order to complete service in the armed forces? At what age should consider it? What documents are necessary and actions? Will try to give answers to all these questions. Go to serve under conscription or contract. The easiest way if you are a student and 27 years old and wish to service in the armed forces, you can do it either by calling (if you are at this moment do not learn in any school or under contract. At the moment, the call to serve 1 calendar year. If you don't go to College, you can serve after school or College. You can also serve after training in the Institute. Serve the contract is also now possible, though not in all regions.
2
Proceed to study at a University in the country, where there is a military Department and get after it the rank of Lieutenant in the reserves of the armed forces. The training program for these departments is designed for 3 years. Some universities now even provides training of officers-contractors who are required to serve after graduation for at least 3-5 years in the armed forces. Reserve officers can also enter into a contract for 3-5 years or more with the armed forces.
3
Proceed to study in higher military educational institution. You can do it in 18 years after finishing secondary education. But there are exceptions, for example: Suvorov or Nakhimov naval school, where can do guys and 13, 14 and 15 years old. They will learn to serve and build a career officer. This, of course, for those who want to dedicate to the service of the military since childhood.
4
Apply after graduating from a civil University or secondary education on service in FSB of the Russian Federation. There is a really thorough and tough. You will enroll on the basis of your academic, athletic qualities, psychological and strong-willed qualities, and also based on your skills. In this place, few people attended because the activities of these bodies are complex and multifaceted. To enroll in the service, you need to submit documents to the local branch of the FSB. In all cases, apply to the local military Commissariat. And then wait for their response and further actions: collection of documents and medical examination. After that, the decision on admission of a citizen to the service category and its suitability for her.
Note
At your age, education, and academic performance.
Useful advice
Be in good physical shape for a successful enlistment in the armed forces.
Is the advice useful?
See also
Показать еще
Присоединяйтесь к нам
New advices