How to get into special forces airborne

The task of the airborne forces is to conduct combat operations behind enemy lines, far behind the front line. They act on the most important parts of the theater of military operations, usually in the most unexpected places. But large-scale landing can be performed only when conducting a thorough investigation. To perform the tasks of the intelligence plan there are special units- special forces airborne. 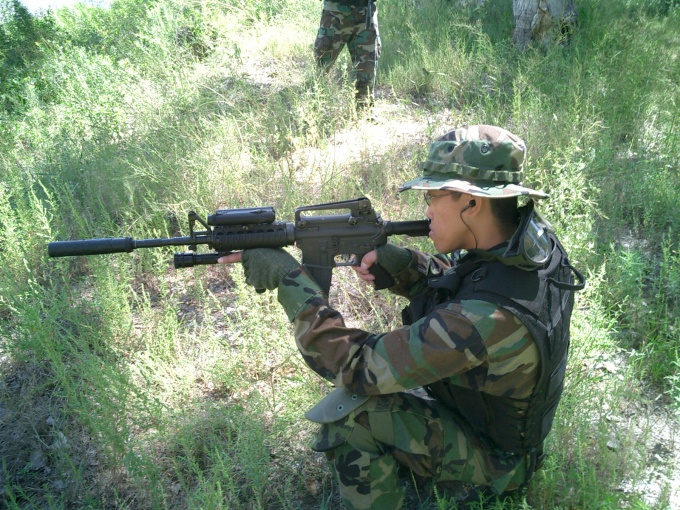 Related articles:
Instruction
1
In addition of intelligence, special forces airborne used for subversive activities and destruction of nodes and communication lines, disruption of the headquarters of the enemy, capture prisoners, for the purpose of extracting useful information and for intelligence work. To get to serve in the special forces airborne dreams of every young man. But to get into an elite unit go through a medical examination to determine fitness for service in VDV. The condition must conform to the form A-1, or, in extreme cases, A-2.
2
Submit a report to the military Commissioner at the place of recruitment, which indicate a desire to serve in the airborne troops. The credentials Committee, where you would have to attend in person, make a similar statement. Your report will be filed in the personal file of the recruit and it will take you to the base.
3
Once at the Assembly point of the military Commissariat try to meet with the officers of the airborne forces, arrived for refill. A personal contact to explain the essence of your desire. Try to make a positive impression about yourself.
4
On arrival at the place of service in the military unit of the airborne troops, post the report on the team with a request to send in special forces intelligence, for further service.
5
Ph. D. in special forces, you give tests in physical training. Competitiveness in the selection of the exploration is very high. You should be able to catch up, to make the output power of two hands, lifting the legs to the crossbar. Large requirements for cross training. If you want to get to serve in the special forces, the standards of practice in advance of conscription.
6
Pass psychological tests compatibility of service in a special intelligence unit of the airborne troops. At this stage, we study the nature, temperament and moral qualities of the soldier.
7
Even after you enroll in a division of special forcesand keep working on yourself. Get military specialty, according to the post.
8
Recently, the transition to contract-based military service, the selection to SWAT is from soldiers who have served in the army. Preference is given to those who served in intelligence.
Useful advice
In order to serve in the special forces airborne will act in Novosibirsk higher military all-arms command school. It trains future officers of special forces of intelligence. The graduates of this school are sent to the airborne special forces and GRU.
Is the advice useful?
See also
Показать еще
Подписывайтесь на наш канал