How to join the Marines

Marines, one of the elite units of the Russian troops, appeared in our country in the XVII century. On account of its triumphant victory in the most important wars, starting from the North with the Swedes, Patriotic war with Napoleon and so on.

Marines become the dream of many recruits, but in reality not everyone can do that. In a marine army is very strict selection criteria, based, primarily, on perfect health candidates. However, if you have a good physique, you should try to get into an elite unit. Moreover, among the Marines in high esteem, assertiveness and determination. 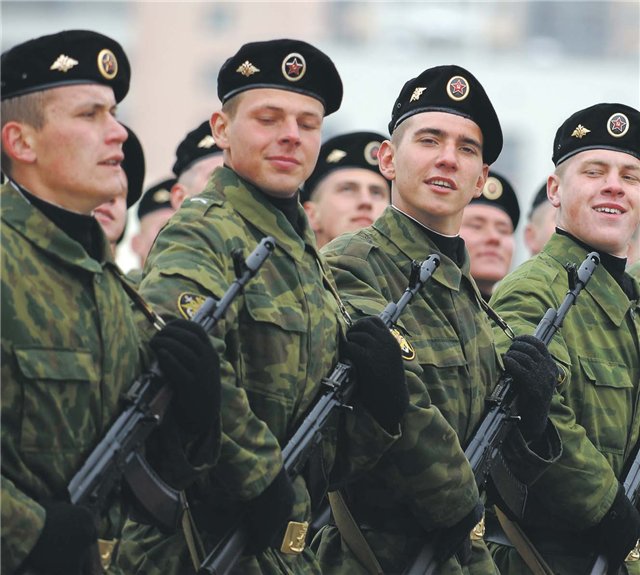 Related articles:
Instruction
1
If you decide to become a marine, contact the recruitment office at the place of residence and find out what your chances are and when the timing of the call in the Marines. Note that the first thing the Commission will look at your medical records. To enroll in the Marines requires a perfect health candidate with form A - 1 or, in extreme cases, A - 2.
2
After you wrote in the command of the Navy, will need to show themselves to the shipment, where the Marines take suitable military recruits. Often demonstrate their excellent physical shape, do not hesitate to approach the officers and tell them that the dream of service in the marine corps.
3
The decisive factor in the selection of candidates in the Marines becomes a test of physical ability. Do not be lazy in advance of his still at home, and in case of failure, to practice. Full, to outstretched arms, dips, pull-UPS, push-UPS, jumping - all these exercises Marines must perform at least average, but not with the initial training.
Note
The Marines do not take candidates with low vision, shortage of weight, undeveloped muscles.
Is the advice useful?
See also
Показать еще
Присоединяйтесь к нам
New advices