How to get into the us army

Army in the US is voluntary, the call is not happening. In order to enroll in the army, must undergo a series of tests and inspections, from which much depends. Service - it is a world that is much different from what you're used to, but there are also positive moments. As stated in one of the appeals at the Assembly point of the army of the United States: "do you Want to see the world – come to serve in Marines of the USA!" 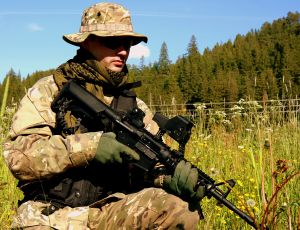 Related articles:
You will need
Instruction
1
Find your nearest recruiter. This can be done through the Internet or asking people. Come and talk to him. Be very careful. Often, recruiters use the fact that many prospective recruits do not know anything about the army. He asks a few questions, the answers to which will determine whether you come or not to serve in the army.You must have: us citizenship or green card, and range in age from 17 to 41 years, the certificate of graduation. You should not get involved in drugs, have criminal records for serious offences. Must be physically healthy, have no chronic diseases. Should speak, understand and write in English. If your age 17 you will need written permission from their parents that they are not against your joining the army.
2
Complete the pre-test in math and English language. If it is delivered successfully, the recruiter will begin to persuade you to enlist in the army. It will list the perks and benefits, but the decision should be taken only by you. Then fill in several questionnaires, leave the recruiter your address and phone number.If, for any reason, you will not answer calls, he will come to your home. Once you have agreed and have passed the criteria, you will be in a special Department of work with recruits at the nearest military base. Here also you have to pass a series of tests.
3
Then check your health, then you have an interview and counselor (Chancellor), select the term of the contract, the job will run, and the place of service. All this will depend on the status of documents and test. Sign the contract, before it read it carefully and make sure everything is marked correctly, take the oath. Then you considered as GI (government issue) and does not belong. Then you go to the training part of Basic Combat Training.
Note
In the army you can get a different profession but if you don't have American citizenship, then the choice will be limited.
Useful advice
If you have a higher education, not even finished, confirm it's official – this will give higher rank and salary.
Is the advice useful?
See also
Присоединяйтесь к нам
New advices