How to get to Lipetsk

Lipetsk is a city in the Central part of Russia. Good planning of the route to Lipetsk will help to avoid unnecessary expenditure of money, as well as ensure comfort and convenience during the trip. 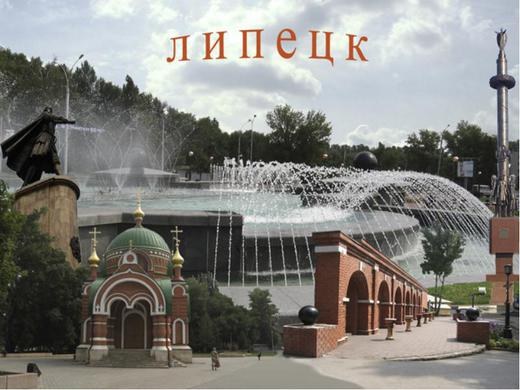 How to get to Lipetsk train

Trains follow through Lipetsk from different locations in Russia. From Moscow you can go from Kursk station - it leaves most of the train to Lipetsk. Formulations of the message "Moscow - Novorossiysk" and train "Moscow - Lipetsk leave from Paveletsky station of capital of Russia.

Trains passing through Lipetsk, following from St. Petersburg. The final station of these trains - Adler, Novorossiysk, Volgograd and Sochi.

Trains run to the desired end station of the southern cities of Russia. Among them, Novorossiysk, Vladikavkaz, Anapa and Adler. You can go to Lipetsk from the Northern city of Murmansk, and also from Belarus and Azerbaijan. The appropriate compositions followed from Minsk and Baku.

The cost of a ticket to Lipetsk varies and depends on how far from the primary station. Coach class in the train also affects the price of a single ticket.

Through Lipetsk is only 1 train message "Gryazi-Voronezh - Yelets". It is in the opposite direction also follows through Lipetsk.

How to get to Lipetsk bus

All the buses in Lipetsk leave from Paveletsky railway station in Moscow. Flights are buses belonging to the companies OOO Lipetsk flights" and "OOO Russian Express".

From St. Petersburg can also be reached Lipetsk, but reseeding in Moscow to another bus. Flights depart from the metro stations "Kupchino" and "Bucharest". Having reached Moscow, you must move to the Paveletsky train station where to take the bus to the end station.

The bus from Lipetsk, Ryazan, Tambov, Voronezh, Oryol, and Penza and Tolyatti. All these flights arrive at the Lipetsk bus station.

The cost of the ticket on the bus depends on what the station began the journey to the final destination.

How to get to Lipetsk by car

In Russia a network of highways. This allows you to drive virtually between any two points.

Kursk, Voronezh and Tambov are the three points, the least remote from Lipetsk. From Kursk and Voronezh it is possible to get to the endpoint through the Voronezh highway. Following from Tambov, you can go two ways. When I reached the track to the fork with the Bauman street, you should roll on it, and through Gagarin street to drive to Lipetsk. Can the village Kochetovka to roll on the road "F-203" and follow it through the Asphalt of the street too to get to Lipetsk.

From other settlements to reach the end-point is also possible, a well-planned route taking into account the possible repair works on the roads and closing the roads to traffic.
Is the advice useful?
See also
Показать еще
Присоединяйтесь к нам
New advices