How to get to Vasilievsky island

Vasilevsky island is one of the most beautiful areas of St. Petersburg. Arrow offers a magnificent view of the Neva river and its embankments. On the island you can visit several interesting museums, including the Kunstkamera, Zoological Museum, Academy of fine arts. Near the metro station "Vasileostrovskaya" is an amazing doll Museum... in short, in the area is something to see. 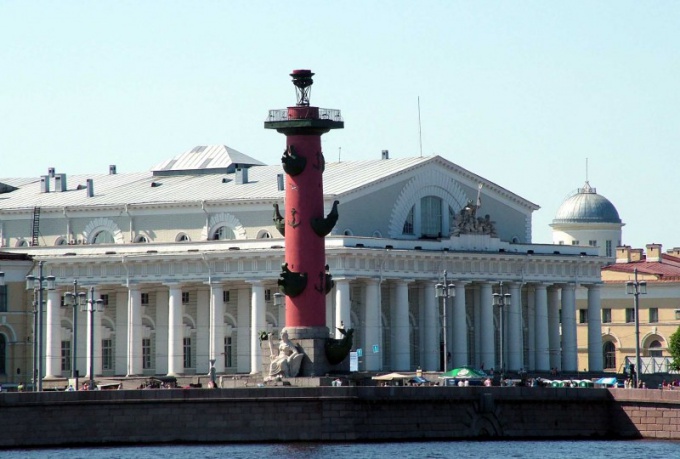 Related articles:
You will need
Instruction
1
On Vasilievsky island two metro station "Vasileostrovskaya" and "Primorskaya". They are at the end of the green line, which was the name Nevsko-Vasileostrovskaya and now the diagrams labeled as "third line". If you are coming from the Pulkovo airport, you need any bus or taxi to reach the metro station "Moskovskaya". By metro you have to get to the station "Nevsky prospect", go to the station "Gostiny Dvor" and go one or two stops.
2
If you need to get to Vasilievsky island with the Baltic, Vitebsk, or the Finland station, which is located respectively near the metro stations "Baltiyskaya", "Pushkinskaya" and "Lenin Square", you have to change trains at the station "Ploschad Vosstaniya". In addition, from the Baltic railway station there is a bus # 10 that runs through the spit of Vasilievsky island to Petrograd.
3
The easiest way to get from Moscow train station. In the station building is the lobby of the station "Ploshchad Rebellion", doing a transplant with a red line on the green. Get on the subway and immediately go to the station "Mayakovskaya". The second stop is "Vasileostrovskaya", third – "Primorskaya".
4
In contrast to other stations in St. Petersburg, Ladozhskaya, is not on the first line of the subway, and on the fourth, which in the diagrams is indicated in yellow. The green line you can go to the station "Ploschad Aleksandra Nevskogo". By the way, at night when the metro is closed, between stations go night buses. On Vasilevsky island is the route No. 3M. Pre-summer don't forget to look when diluted and reduce bridges.
5
In some areas of Vasilievsky island more convenient to reach from the "Vasileostrovskaya", and, for example, from the stations of "Nevsky Prospekt" or "Admiralty". Such a need arises, if you need to one of the museums in the vicinity of the Arrow. You can walk along Nevsky Prospekt, around the building of the Hermitage, to cross the Palace bridge and Vasilievsky on you. You can drive a couple of stops on the bus, the bus or trolley, the benefit in that direction is a lot of them.
6
To get to Vasilievsky island, of course, by car. Depending on where you are going, you will have to cross one of four bridges. From the left Bank you can call at the Annunciation bridge (formerly called the Lieutenant Schmidt bridge) or a Palace. Birzhevoy and Tuchkov bridges on the Petrograd lead. The intensive movement on the Palace bridge. In any case, you will have to pass areas with very heavy traffic, so the car in this case – not the most convenient way to get. Those who often go in St. Petersburg, usually leave the car parked somewhere on the outskirts and in the center get public transport.
7
During navigation to Vasilevsky island and can be reached excursion boats, including from Kronstadt or Peterhof. But this kind of transport is very unstable.
Is the advice useful?
See also
Присоединяйтесь к нам
New advices