How to get to Nikolo-Ugreshsky monastery

Nikolo-Ugreshsky monastery is situated in the suburban town of Dzerzhinsk, in the square of St. Nicholas, 1. Is a male Stavropegial monastery of the Russian Orthodox Church. 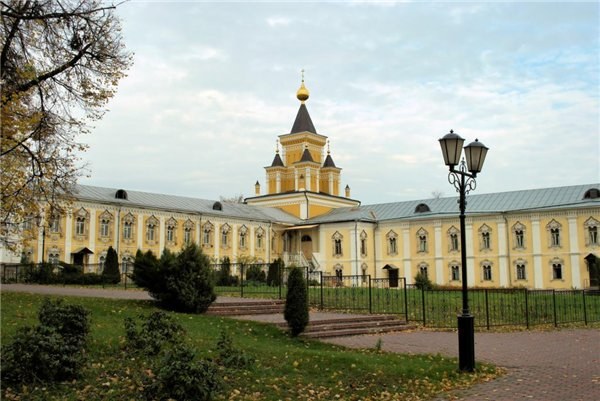 Related articles:
Instruction
1
Dzerzhinsky is located in the South-East of Moscow. The border between the towns runs along the ring road. Nearby is the railway station "Lyubertsy-1". There followed daily trains with the Kazan station. From there the monastery can be reached by bus No. 21. Also recently released a new flight No. 20 route Lyubertsy-square of Saint Nicholas. From metro station "Kuzminki" every day, followed by taxis and buses under No. 470, which reach the monastery. Also public transport from the metro station "Lublin". There to get to your destination, you should take bus №305. To reach the monastery by car. For this we need to get out on the Novoryazanskoe highway and go straight on until a right turn on a city Dzerzhinsky. Just driving along the street Energetikov, will turn on street of the Academician Zhukova, who will lead the square of St. Nicholas.
2
Nikolo-Ugreshsky monastery was founded in the distant 1380 by the order of Dmitry Donskoy in honor of the victory over the Tatars-Mongols in the Kulikovo battle. In the nineteenth century around the monastery and built a whole architectural ensemble consisting of several churches, a chapel, a Cathedral and refectory. The territory was surrounded by a wall with 16 towers and 8 gates. In 1920 the monastery was closed and opened a children's colony, school and a hotel. In 1940 destroyed some of the temples and buildings. Services began in December 1991. Go big restoration. From the ruins revive the former beauty and grandeur of the monastery.
3
The architectural ensemble of the Nikolo-Ugreshsky monastery consists of the Spaso-Preobrazhensky Cathedral, Church of the Dormition, bell tower, hospital building, prosphora workshop bakes, fraternal buildings, Abbot and Patriarch's chambers, fortified walls and towers, the Palestinian wall, stables, farm yard, garden, pond and gates. Also on site are the Church: Matthias Apostle and Paraskeva, Pimen Ugreshskaya, Peter and Paul, the beheading of John the Baptist, the mother of God "Joy of All who sorrow". Built three chapels: the Phenomenon of the image of St. Nicholas, of the Passion and the "perishing" icon of the mother of God.
4
Vicar of the monastery is the Abbot Bartholomew. Daily liturgies are held at 07:00 and 17:00. The monastery is open to pilgrims ' service, through which guided tours are organized and a Seminary, a school for training clergy.
Is the advice useful?
See also
Подписывайтесь на наш канал