How to get to Salekhard

Salekhard is one of the most Northern Russian cities and the only city in the world located on the polar circle. It is the administrative centre of the Yamalo-Nenets Autonomous Okrug. Between Salekhard and other major cities there are regular transport links and is accessible in several ways. 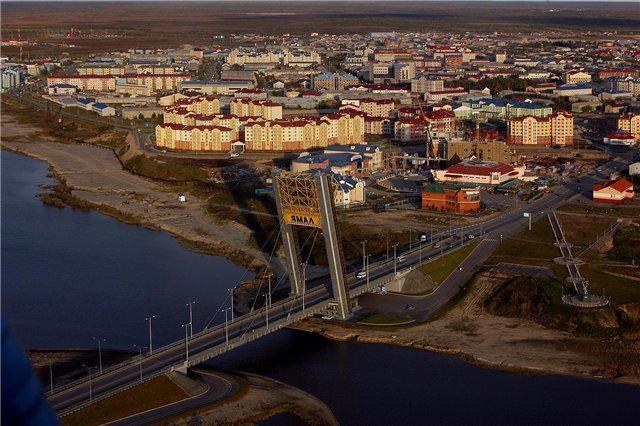 Related articles:
Instruction
1
Because Salekhard is in the Arctic circle, to get to him to this day is quite problematic. To reach Salekhard, usually from the nearest town with the poetic name of Labytnangi ("Seven larches"), which is located 16 km away. In Salekhard functioning of a major river port and the most popular method until recently was the crossing. However, in October 2013, the ferry was closed. Now to get to Salekhard, Labytnangi on the helicopter.
2
Winter from Labytnangi to Salekhard can be reached by land transport via the so-called winter road. The so-called highways, passing on the frozen ice of rivers and lakes. Winter roads uncomfortable and quite dangerous, so now, when the opportunity came up to get to the city by helicopter, it is better to prefer the flight.
3
As you can see, the first thing you find the most willing to get into the Salekhard – how to reach Labytnangi. Regardless of where in the country you went, you most likely will have to call back, as most trails pass through this tiny town. Direct message Labytnangi has actually Salekhard, Moscow and Vorkuta. It offers residents of the capital train "polar arrow", No. 21/22. Travel time is 46 hours and 40 minutes. The train runs every Tuesday and Friday.
4
The easiest way to reach Salekhard on the plane, but this method is the least economical. The minimum ticket price for flight is 11765 rubles. But the road will only take three hours. Please note that the airport "Salekhard" in fact, is located seven kilometers North of the city. On arrival at the airport you need a taxi.
5
Fans of extreme sports and travel can reach Salekhard and by private car. The distance from Moscow to your destination – almost 3000 km If you drive without stopping at an average speed of 90 km/h on the road you will take 33 hours.
Is the advice useful?
See also
Подписывайтесь на наш канал