For directions to red square

Only Muscovites can afford the phrase "Live in Moscow 30 years, never was on the red Square". Guests of the capital to start your walking and driving routes from here. 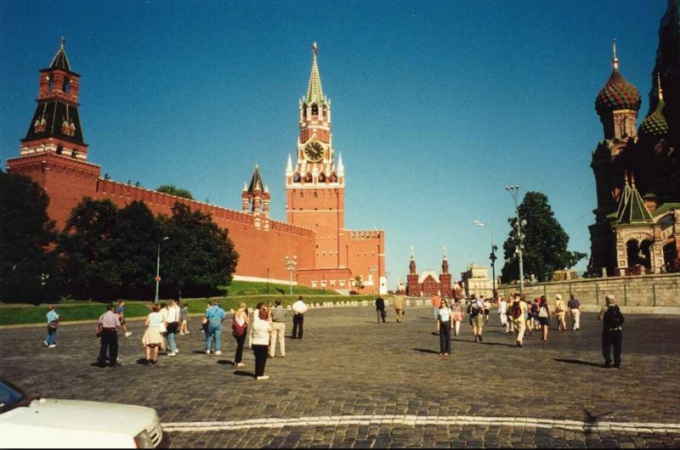 Related articles:
There are two ways to get to the red Square in Moscow - public transport and by private car.

How to get to red square by public transport

With a quick and affordable option - the Moscow metro. Depending on where you left off in Moscow, choose the nearest metro line in advance and view the itinerary. Be sure to buy a metro map or download a smartphone app. One of the best free apps is Yandex.Subway".

You need a metro station located around the Kremlin and red Square:

The closest to red Square will be metro station: "Ploschad Revolutsii", "Okhotny Ryad" and "Alexandrovsky Garden".

For those who don't like noisy subway cars there are a number of surface transit routes. Generally, stops are located opposite the entrance to the subway called the same names.

Closest to the red Square stop of buses and trolleybuses, which is not near the subway, called "Red square". Here is the route of the bus №25 and a trolley bus №8.

How to get to red square by private car

Drive by private car to the red Square will only moss street. This is a one-way road, the entrance to which can be done with the Big Yakimanka, or the Kremlin embankment. There are also T-shaped intersections with streets: Znamenka, Bolshaya Nikitskaya and Tverskaya. All the other congresses on the street of moss are after the red Square.

The most interesting section, where the road passes St. Basil's Cathedral, directly on the cobblestones of red Square, is the street Ilyinka. Unfortunately, there is always a patrol car is on duty, traffic police, which will not let you stop even for a few seconds. But the view deserves the extra kilometers around the Kremlin.

It should be noted that the difficulty of visiting the sights of the capital is not how to get to red Square in Moscow. You should know that Parking in the city centre, things are very sad. Most likely, Parking will be far away from the area and not free.
Is the advice useful?
See also
Присоединяйтесь к нам
New advices