How to get to Golitsyn

From Moscow to Moscow Golitsyn 54 km to Reach the city in the Moscow region by public transport (buses, commuter trains) and by car. 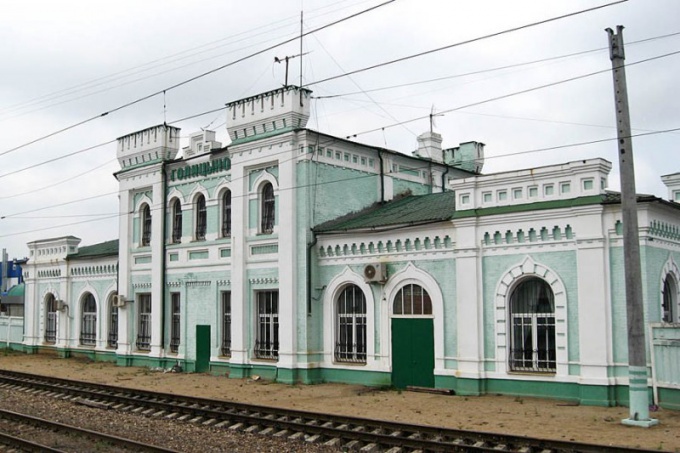 Related articles:
Instruction
1
To Golitsyno station trains followed with the Belarusian station. The journey time will be about one hour. The trains depart from the station every 15 minutes. High-speed train REX "regional Express", the next in the direction of Mozhaisk, delivered to Golitsyno for half an hour. To sit on the train on the stations Begovaya, Fili, Kuntsevo and camp.
2
To reach Petrozavodsk from Moscow by bus with a transfer in or Krasnoznamensk Odintsovo. The bus route number 442 in Krasnoznamensk departs from metro station "Victory Park". Journey time is 30 minutes. At the checkpoint you must take the bus route No. 35. To Golitsyno it can be reached in 20 minutes.
3
If the transplant is easier to do in Odintsovo, the station can be reached by bus No. 339 from the metro station "Victory Park" by bus № 461 from the metro station "Yugo-Zapadnaya", bus № 418 of "Youth" and the bus number 468 platform Peredelkino. From the station Odintsovo, Golitsyno bus No. 1055. Departure times (daily, except Saturday and Sunday) : 06:15, 08:00, 10:00, 12:05, 13:55, 15:40. On weekends: 06:15, 08:00, 12:05, 13:55, 15:40, 18:00. You can also use taxis, which goes more frequently than the bus.
4
From Moscow in Golitsyno can be reached Mozhaisk, Minsk, Rublevo-Uspenskoe or Kiev highway. Drivers choice is often made in the direction of Minsk-Mozhaisk highway. After turning from MKAD on Mozhaisk highways — two options further down the road. In the Odintsovo district of the arch go to the right and drive through the city, continuing the motion along the Mozhaisk highway, or passing the arch, go along the Minsk highway, not overloaded with traffic lights and villages. The route selection should take into account that Odintsovo quite often gridlocked, so the travel time can increase significantly.
Is the advice useful?
See also
Подписывайтесь на наш канал