How to get to the Baltic station

From the Baltic station of St. Petersburg sent mostly commuter trains. From here you can drive to the amazing suburbs of the Northern capital – Strelna, Peterhof, Oranienbaum, Krasnoe Selo and Gatchina. From here the train to Ivangorod, then got to the Estonian border. There are several trains in the neighboring regional centers, Pskov and Novgorod. 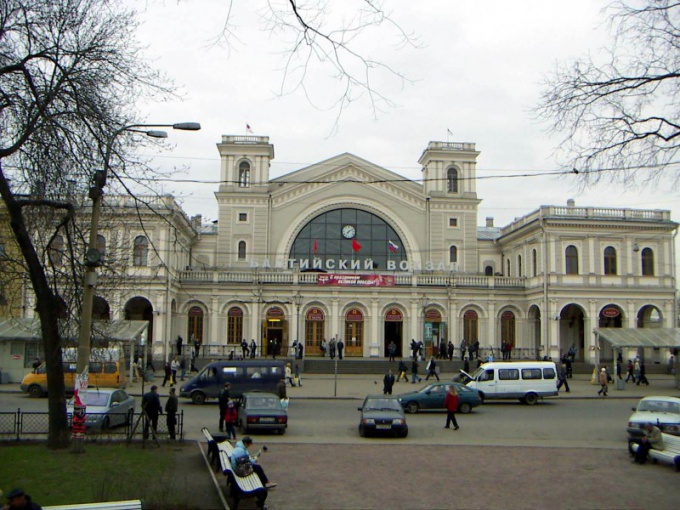 Related articles:
You will need
Instruction
1
If you are driving to the Baltic station, from the airport, you need to first get to the metro station "Moskovskaya". To make it easy, through this station are all the buses and taxis from the "Pulkovo-1" and "Pulkovo-2". "Moscow" is located on the blue metro line, you need to move to red. This can be done at the station "Technological Institute". From there to "the Baltic", where the desired station, only one stop. There are minibuses that go to the airport to the center. It is not very convenient, because it is very easy to fall into the tube.
2
Arriving at Finland, Moscow and Vitebsk railway stations, you need to immediately go to the subway. The station "Lenin Square", "Square Uprising" and "Pushkinskaya", which are located close to stations, are on the same red line as the "Baltic," so you just have to not miss the right stop. As for the Ladoga station, then next to him is a metro station "Ladoga". This yellow line, so I have to make a connection. Need to get to the station "Dostoevskaya", and from there go to "Vladimir", and then three stops to the "Baltic".
3
Baltic railway station is located in the bypass channel 120, in alignment Lermontovsky prospect. Here is quite a lot of routes of public transport. At the station there are stops of trolleybuses No. 3 and No. 8 buses №№10, 1M, 65, 67, 67B, 43, taxi №№404, 62, 67, 186. This allows you to get to the station, not the subway from almost anywhere in the city or even the suburbs.

So, the trolleybus №8 goes through the regional hospital to the Finland station and more. Bus number 3 will take you to the Baltic station with the Vyborg side or Piskarevka. Bus №404 runs between the area of the Baltic station and Alexander street in Oranienbaum. As a rule, buses and minibuses in St. Petersburg indicated what streets they go, as well as a final stop. Stations indicate always.
4
Your Baltic station is in one of the regional centers of the Leningrad region in Gatchina. If you need it there, then take a look at the Baltic station of St. Petersburg schedule and find an indication of what trains to Gatchina Baltic course. In this small town, there is also Warsaw railway station. Went there before the train from the station in the Northern capital, which was called exactly the same. Warsaw railway station was closed, but the train Warsaw move left.
Is the advice useful?
See also
Подписывайтесь на наш канал