How to get to Nilova deserts

Nilova Pustyn is located 10 kilometers from the town of Ostashkov on lake Seliger is one of the most famous monasteries in contemporary Russia. Every year it attracts tens of thousands of pilgrims — because of Nilova Pustyn are home to 50 residents, 20 of whom are in Holy orders. 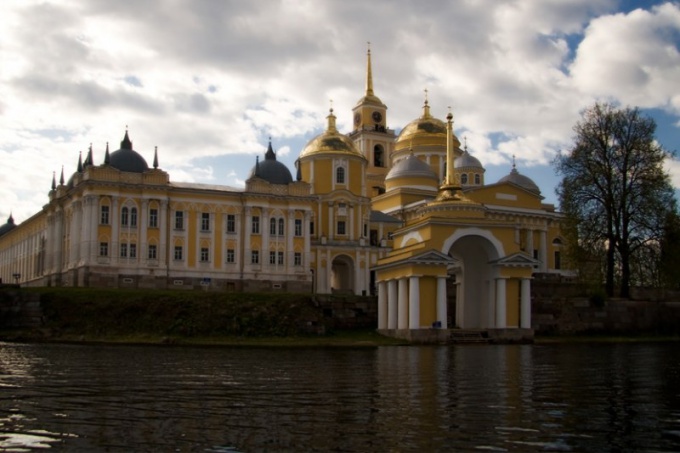 Related articles:
Instruction
1
Directly to Nilova desert public transport to get impossible. So are the options for travel with a stopover. For example, long-distance train. For this we need to sit on flights "Moscow — Saint-Petersburg" "Moscow — Murmansk" or "Moscow — Great Novgorod" and go to station "Tver". Then near the railway station take the bus No. 34 and get to the stop "Nilova Pustyn". The time spent in transit will be 3 hours 50 minutes.
2
You can also sit on one of the many trains "Moscow — Tver" and from the end station of the bus No. 34 and get off at the stop "Nilova Pustyn". In this case, it will take about 4 hours and 30 minutes.
3
You can get to Nilova desert and on the bus. However, you still get a transplant. First, from the Shchelkovo bus station you have to pull on the flight "Moscow — Tver" and in the final paragraph to change to bus No. 34, which goes directly to the nil's Hermitage. The total journey time, if there is no distress on departure from Moscow will be 8 hours and 50 minutes.
4
There is another option — to get to Tver by bus "Moscow — Saint-Petersburg", which departs from the metro station "Voykovskaya" and the "Tver. The route". Then change the bus No. 34 and get off at the stop "Nilova Pustyn".
5
To Nilova desert it is easiest to reach by car. There are several options how to do it. According to the first, it is necessary from the ring road to taxi on the Leningrad highway, which then goes smoothly to highway M-10 Russia and go through Klin and Tver. After Tver starts on route A-111, which connects to the nil's Hermitage.
6
There is a second option for the trip. It also starts on the highway M-10 Russia and also goes through the Wedge. But after Tver it is necessary to go to the left, drive to Vyshniy Volochek, and then the signs to turn Nilova deserts. In both cases, the road from Moscow to the nil's Hermitage will take about 7 hours and 30 minutes, but only if the roads and highways will not be an accident and serious traffic congestion.
Is the advice useful?
See also
Подписывайтесь на наш канал