In what branches of the armed forces wear the green beret

Headdress is an indispensable attribute of military equipment. In inclement weather it protects from the rain, in the cold – saves from the frost. But there is a special headgear, the wearing of which becomes, for a warrior, a symbol of belonging to the elite. These include and maroon beret. To earn it, a soldier has to go through serious trials. 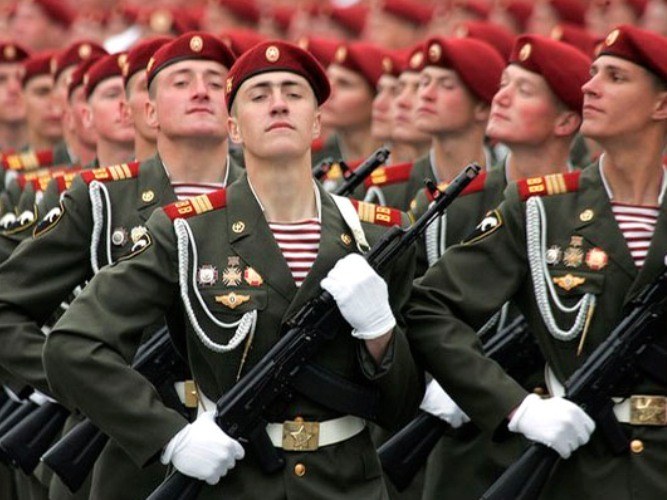 In which the troops wearing the maroon beret

Being a standard element in uniforms, berets have become popular in the armies of different countries of the world. They often have a certain color, which can be attributed to the owner of the beret to a specific kind of troops or special forces unit. Such headgear is often the army special forces and other elite units, such as, air force or Marines.

Dark red beret appeared in the Soviet Union in the late 70-ies of the last century, when it was formed the first special forces unit in the division named after Dzerzhinsky. Maroon beret almost immediately it became not so much an attribute of the uniform as sign of the highest professional qualifications of its owner. Such a headdress is dedicated to finding the commando from a distance.

Today, the maroon berets are worn only by those fighters of special forces within the structure of interior Ministry troops, which have proved their right to this distinctive sign of his physical training, professional skills, moral and volitional qualities. To be eligible for wearing this headdress, it is required to pass special tests.

The right to wear the elite maroon beret are only those special forces soldiers who went through the ordeal. That privilege goes through pain, sweat and blood. The regulations on tests approved by the commander of the internal troops in 1993. The exam consists of two stages. First there is a check on the results of special training. The applicant for wearing the maroon beret have to score maximum points in all major types of combat training.

Thereafter shall be the main test of the event. Soldiers making a forced March, and overcoming the most various obstacles. The applicant will also have to withstand a duel with his superior force of the enemy. Rules of carrying out single combats rather rigid, and therefore the battle can be considered as close to real conditions. Melee it, perhaps, represents one of the most serious of trials required to obtain the coveted qualification.

Statistics show that honor to wear the dark red beret awarded at the end no more than a third of applicants. The presentation of the headdress of the special forces takes place in a festive atmosphere. Taking this symbol of courage, a soldier falls on one knee and kisses hat. Even renowned special forces soldiers are experiencing this moment of particular excitement.
Is the advice useful?
See also
Подписывайтесь на наш канал