What to pass the exams at the economic faculties

The competition among students of economic specialties in many universities is much higher than in other faculties. The popularity of economic specialities justifies the huge scope of their application. So to prepare for admission should be particularly hard. 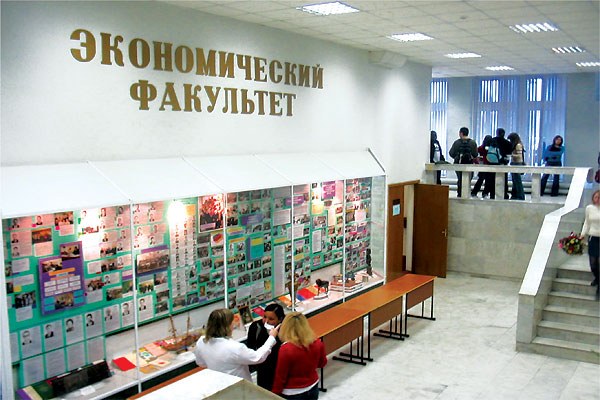 Related articles:
Instruction
1
Math. The most essential item for virtually any economic specialty, so it is relevant. Without an excellent knowledge of mathematics in the economic sphere is not enough. And since math is already a compulsory subject for all high school graduates, then pass it will have in any case.
2
Russian language. Another compulsory exam. In some universities the results of the Russian language are not counted in the total score of the entrant, so you just need to pass this subject not below the minimum score.
3
Social studies. An additional exam for the vast majority of economic specialties. In particular, in areas related to global political economy, management.
4
Foreign language. Often found in the challenges of the economic faculties, especially in the universities of Moscow or on the specialties and faculties related to international law, hotel business and tourism.
5
Physics. A rather unusual subject in connection with the economic Department, however, has a fairly logical reasoning. Many of the Economics associated with production processes or technology. Without knowledge of physics is not enough.
6
The History Of Russia. Sometimes present in the list of exams is social science, at least – with him. The subject is relevant to political-economic specialties.
Note
Earlier, the economic faculties of some universities took students for only two examinations – mathematics and Russian language. But seeing outrageous competitions to such a degree, the University authorities changed the policy and added the third exam. Some universities carry out not three, but four exams in Economics departments or internal additional exams in the University to make the student selection more transparent.
Useful advice
To find out exactly which exams you need to choose for exam in advance to decide on a specialty. Only then it will be clear that you have to take: social studies, foreign language, or physics.
Is the advice useful?
Присоединяйтесь к нам
New advices