Scorpio man - what is it?

Male-Scorpio - personality difficult. His persistence and resilience to be envied, but his strength at times borders on cruelty and callousness. Scorpions differ in intelligence and insight. 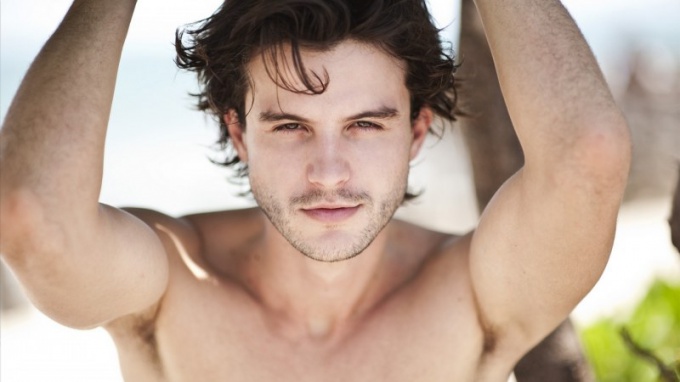 What is a male Scorpion in everyday life

The man under the sign of Scorpio is a strong and powerful man with a powerful energy. It is virtually impossible to influence, all his life this man defending their right to independence. If he wants something to achieve, he will do it at any cost. He was not accustomed to reckon with the opinions of others, guided exclusively by their own interests. The surrounding people can see him as a cold egotist.

The intelligence of such men is high. He has no habits to adapt to people, preferring direct statements veiled. Your emotions man Scorpio carefully hides under the guise of indifference, but it does not mean emotional coldness. Close friends such men know what's inside it simmer serious passions. No matter how intellectual, nor was Scorpio, emotions are not less than the mind affect their decisions.

Because of this male-Scorpio greedy for revenge, although the case often does not reach. He holds a grudge. If life puts obstacles in front of him, he escalates even more and goes ahead. This property is not to despair helps him win always, no obstacle can withstand the onslaught of his aggressive energy. Targeted man-Scorpion is almost impossible to mislead.

Full of happiness the man Scorpion the necessary material wealth, which he can easily achieve his power. However, wealth corrupts individuals like it. Often in men, the Scorpions are developing bad habits: alcoholism, drug addiction. Pronounced eroticism of a man-Scorpion and love sexual experimentation pushes him to seek different partners.

Male-Scorpio breathtaking insight, he is an excellent judge of character. To get to them and get them to open up male-Scorpio wears a mask funny and even gentle person. Very often, their eyes radiating the power of attraction. To others a male Scorpio may make excessive demands that sometimes borders on cruelty. Man-Scorpion is better to maintain good relations, because this is a dangerous enemy. The Scorpions sting is very painful.

Strangers can be difficult in dealing with a man-Scorpion, because his strength suppresses the weaker. Many people admire his persistence and fearlessness. There is this man and vulnerabilities, which he almost never shows to anybody. He needs praise and sympathy, though he tries to hide it.
Is the advice useful?
See also
Присоединяйтесь к нам
New advices