Why not to leave food on the graves of the dead

Visiting graves of deceased relatives and friends - religious duty to love people alive to deceased. The people there are many traditions relating to the conduct of the cemetery. Some of them wrongly attributed to Christian interpretation. Practice to leave candy, cookies or other food on the grave is no exception. This tradition is already firmly entered our life. 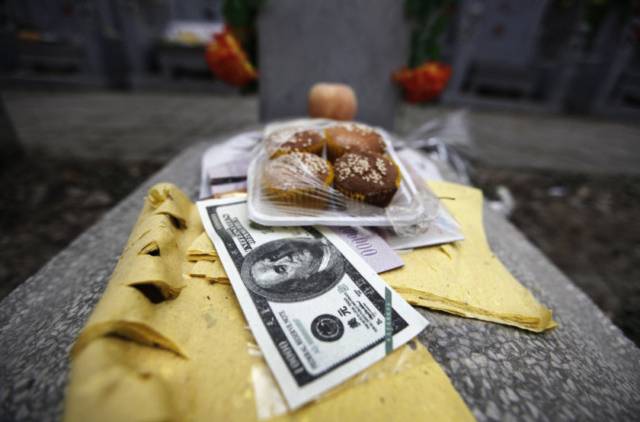 An Orthodox Christian you should know that you can't leave food on the graves of the deceased. This tradition originates and the strongest distribution in the post-revolutionary years. During the godless regime in our country occurred some substitution of concepts. So, if before the cemetery went to remember the deceased by prayer, and now the memorial are made in the form of a meal on the bones of the dead. It is forbidden to do. And after the meal put the food on the grave, shared with the deceased.

Leave any food absolutely makes no sense. The people believed that we give the dead man. But the dead have already moved on to another form of existence, and he doesn't need material food. In such our actions manifest ignorance about the teachings of the Orthodox Church on the human person and his soul. Accordingly, it is impossible to do something that contradicts the foundations of Christianity.

In addition, you cannot give up eating and in order of cleanliness in cemeteries. People can lay flowers, clean the grave, but not clutter it up with food. It is ugly. Yes, the food then you can eat up dog, which, in this case, will be walking on the graves of the dead. And that each of us would, after all, the resting place of the Holy.