Ninth and fortieth days are of particular importance for the fate after death of the deceased. This is the time of the Exodus of the soul before God. Therefore relatives are obliged to fulfill their duty, preserving the memory of the dead especially these days. What is the meaning of remembrance in this time and what will experience the soul - it is clear the Christian faith. 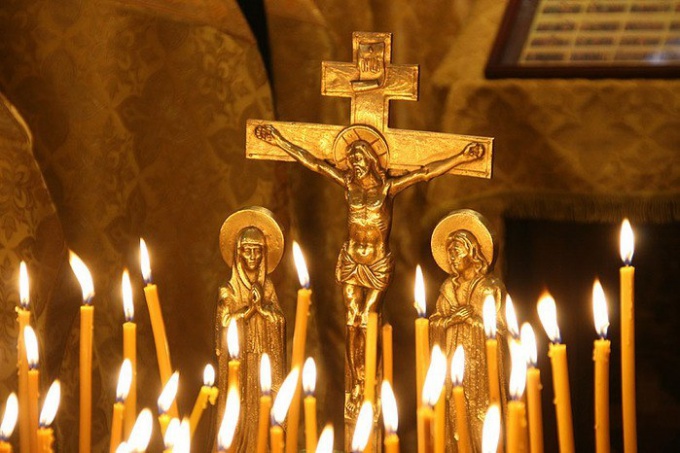 The importance of commemoration in the Orthodox tradition

When a loved one has not yet crossed the threshold of eternity, his relatives are trying to provide favors to offer their help. This is the duty of the execution of love to the neighbor, menyushina in the mandatory responsibility of the Christian creed. But man is not eternal. For each comes the moment of death. However, this transition from one personality state to another should not be marked by the abandonment of memory of the deceased. The man is alive until he is remembered. Religious Christian's duty is to organize a memorial lunch in memory of the dead to all who knew latter in life.

According to Orthodox belief, the soul of man is immortal. This thesis is confirmed by the practice of remembrance of the dead in the Christian tradition. Church Tradition teaches that the first three days after death the soul remains on earth in places that were especially loved her. She then ascends to God. The Lord shows the soul of Paradise, which the righteous bliss.

The personal identity of the soul moved by, she was amazed with what he saw, and the bitterness of leaving the earth is not so strong. This happens for six days. Then the angels, the soul re-ascends to worship God. It turns out that this is the ninth day that the soul is the second time seeing their Creator. In memory of this the Church establishes a Wake, which decided to gather in the narrow family circle. Ordered the commemoration in the churches, prayers to God about the pardon of the deceased. There is a statement that there is no one who has lived and not sinned. Also the semantic significance of the number nine is the memory of the Church about the corresponding number of angelic ranks. The angels accompany the soul, showing her all the beauty of Paradise.

After nine days the soul is shown hell's abode. She watches the horror of incorrigible sinners, feels the fear and awe of what he saw. Then on the fortieth day, ascends again to God in worship, only this time, and even going on private trial of the soul. This date is always revered as the most important in life after death of the deceased. There is no tradition of migration of the memorial, on which day they neither came.

The soul undergoes judgment for all the deeds during life. And after that is determined by the place of its stay until the second coming of Christ. Particularly important these days to pray and to give alms in memory of a deceased relative or acquaintance. Man asks God for pardon, the possibility of the gift of the blissful fate of the dead.

The number 40 is and its importance. In the old Testament were instructed to keep the memory of the dead for 40 days. In new Testament times, it is possible to carry out semantic analogy with the Ascension of Christ. So, for 40 days after His resurrection, the Lord ascended into heaven. This date is also a memorial and memory of what the human soul after death again sent to his Father in Heaven.

In General, the conduct of the funeral is an act of mercy to people. Lunch as charity in memory of the deceased, performs other rites, testifying to the faith in the immortality of the soul. It is the hope for the salvation of each individual person.
Is the advice useful?
See also
Присоединяйтесь к нам
New advices