As the funeral of the Muslims

Islam seeks to dictate to his followers of certain religious truths. This also applies to the burial of Muslims, since Sharia law is already predetermined and prescribed their lives from birth to death. 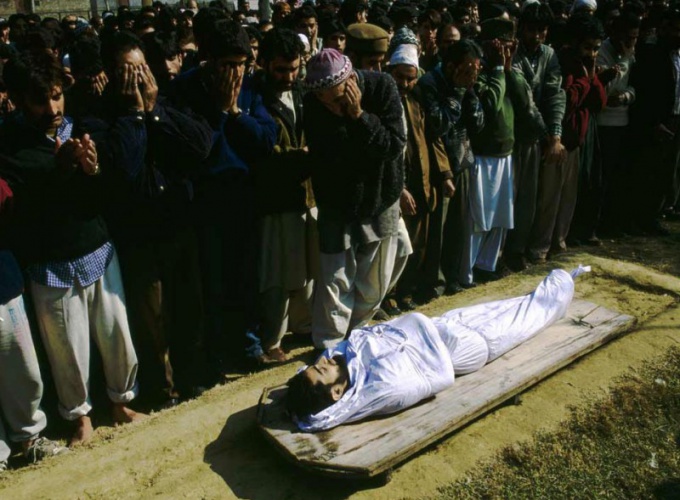 Related articles:
Instruction
1
Muslim burial (grave) should be sure to face Mecca. In Muslim cemeteries it is illegal to bury people of other faiths and Vice versa. It is curious that the dead women have not accepted Islam, but wearing a child from a Muslim, buried back to Mecca. This allows the baby to be facing Mecca. Islam does not welcome all sorts of grave constructions in the form of mausoleums, crypts. The fact that overly rich and lavish funeral can cause envy among people and lead to temptation. In addition, Sharia law strictly forbid Muslims to loudly mourn the deceased person. It is believed that this leads to even more of his suffering. Weeping Muslim men receive criticisms from society, and weeping women and children to gently calm down. Does not welcome Islam and reburial, and the opening of the graves. The funeral of a Muslim to delay is not accepted. Burials are made at the nearest Muslim cemetery.
2
Immediately before burial, is the procedure of washing of the body. The Sharia requires an ablution of the deceased three times, and with the participation of at least four people of the same sex as deceased. Initial washing takes place with water, which dissolves the cedar powder, during the second ablution in water, dissolve the camphor, and third time used ordinary water. According to Islamic laws, it is impossible to bury a Muslim in clothing. The deceased wearing only a shroud. It is curious that the material of the shroud depends on the financial status of the deceased. To cut her nails and hair to the dead. The body should be scented with various oils. Over the deceased Muslim is the recitation of certain prayers. All this is topped off wrap body in a shroud. The nodes are made at the head, waist and feet.
3
The nodes on the shroud unleash just before burial of the body. In the cemetery of a deceased Muslim takes not in his grave, as Orthodox and Catholics, and on the stretcher. The body is lowered the legs down. Then dug the grave throw the ground and pour water. Incidentally, as an exception, Muslims can bury in coffins. The exceptions are dismembered bodies, body parts or have already decomposed body. The burial is accompanied by certain prayers. Some Muslims are generally buried in a sitting position. It is connected with representations thereof on the mechanism of the afterlife: it is believed that after his death the soul of the Muslim remains in the body before it is delivered by an angel of death angel of Paradise. He will prepare her for eternal life. But before that happens, the soul will have to answer different questions. That is why that "conversation" was happening in terms of decency, some Muslims are buried in a sitting position.
Is the advice useful?
See also
Показать еще
Присоединяйтесь к нам
New advices