How to join the air force

How to get into the BBC? To get into the air force as a conscript, after which the stay can be extended aviation, signing a contract for service as a soldier-a professional. Naturally about any flight we can not go, only the service related technical support activities of the air force. Service possible in aviation as a military pilot or a pilot of civil aviation. 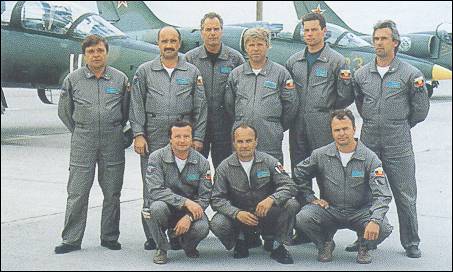 Related articles:
Instruction
1
For those who want to give back to the Motherland as a soldier of the air force, in the military the primary military registration in the application form asking where you want to serve?- you should write: air force. Medical requirements for military, call in the aircraft a very modest, just enough to be fit for military service. Usually the soldiers at the call of aviation to perform maintenance, security and support functions.
2
You can duplicate your desire to serve in aviation by submitting an application to the head of the draft Board, asking them to call in the air force. Guarantees of what you will call where you want, no, but in the military the desire of recruits to serve in the various forces considered.
3
For those who can not imagine themselves without the sky, it is possible to become a pilot officer. It is necessary to enter the military College, which trains future pilots. You must apply to the military Commissariat at the place of residence no later than 20 April in the year of receipt. The statement must include autobiography, description, copy of document of secondary education, six photographs 4,5×6 cm Enclosing a certificate from psychoneurological, narcological, tuberculosis of skin and venereal dispensaries, as well as a certificate of presence or absence of chronic diseases.
4
To the UNIVERSITY must provide the results of EGE (Unified State Exam), to pass the examination for physical training, undergo psychological testing and an interview. If successful, the applicant will become a cadet and start learning the art of flying. After graduation, cadets are assigned the rank of Lieutenant, qualification of pilot-engineer or co-engineer and issued direction for service in the air force.
Is the advice useful?
See also
Показать еще
Присоединяйтесь к нам
New advices