What is included in the course of the young fighter

Coming to serve in the army, young people find themselves in new and unfamiliar surroundings. Beginners have to get used to a strict routine, to master a military specialty, to learn the requirements of the statutes. To comprehend the wisdom of the military service and to adapt to military life helps the course of the young fighter. 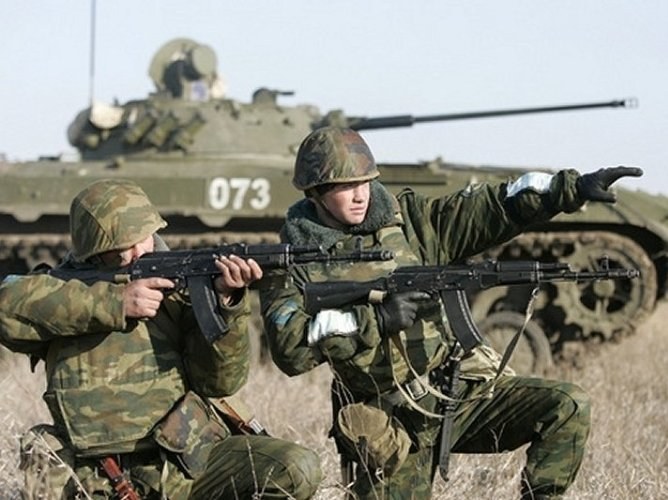 Course of the young fighter as the school of army life

The basic training (KMB) is the first stage of the military service or in educational institutions of the Ministry of defence or the Ministry of interior. During this initial period, which usually lasts about a month, the soldier undergoes a preliminary training, and comprehending the subtleties of service. Fighter teach the rules of behavior laid down in the Charter are taught to competently work in various situations relevant to the service.

During the BMT future soldier is also exploring the basic techniques of handling of weapons.

During the course of the young fighter a soldier is in special conditions, which can be called gentle. Even in the parts that are not the recognized standards of military discipline, commanders of all ranks show patience, Forbearance and concern for the young soldiers. Any actions of beginners are under the strict supervision of sergeants and officers.

The main role in the training of recruits is given to NCO's. Experienced soldiers become teachers and mentors who patiently explained to young soldiers all the subtleties of army life. Under the leadership of Junior commanders beginners learn to March in formation, care of arms, uniforms, study the statutory requirements and rules of conduct among colleagues. All this accelerates the process of adaptation of young soldiers to future conditions of service.

What is included in KMB

A special place in the course of a young soldier is given a physical training. Modern recruits, unfortunately, not always can brag of excellent health, athletic physique and physical readiness for harsh military conditions. For this reason, the sergeants conduct daily classes in physical training, in which fighters grow, become stronger and fitter.

Perhaps the most difficult for the rookie is getting used to the rigid routine. All events and actions in the army, usually carried out on a predetermined schedule, which takes into account and regulated almost everything, including personal time. The rise and rebound occur in a fixed time.

Breakfast, lunch and dinner are also on schedule to which former civil guys, it is not easy to get used to at first.

A lot of the time young men in the first month is carried out on the parade ground. Drill provides not only a great bearing. It also facilitates the addiction of soldiers to the discipline and obedience to orders. In a system formed by the cohesion of the military collective. On the parade ground of young soldiers preparing for the Grand swearing in. This important ceremony usually completes the initial training. After completing the course the young fighter soldier ready to perform their military duties.
Is the advice useful?
See also
Подписывайтесь на наш канал