How to write an uppercase letter

Writing letters, first graders are introduced to the writing lessons. First, children learn to write samples of various elements, then the letters themselves and their connection in syllables. Uppercase letters contain more elements than the lowercase, so their mark can cause kids trouble. Hence, it is important to explain and demonstrate writing capital letters. 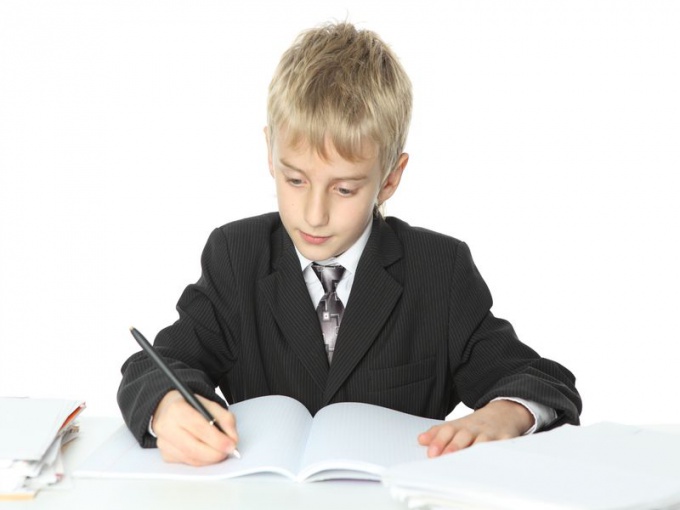 Related articles:
Instruction
1
Read the children a riddle or proposal, which in a few words contains the sound corresponding to the letter being studied. Guys have to call him. Invite them to draw pictures in notebooks is the subject of this letter. For example, in the sentence "In the book, Katya is considered color pictures. On one of them she saw the carousel" found the sound "K" and letter To students can portray the book.
2
Show an uppercase letter on the Board. Then together with the children guide her graphical analysis. For example, the uppercase letter E consists of two semi-ovals, the uppercase letter L of the two oblique lines with rounded bottom, etc.
3
Write the uppercase letter on the Board and comment on their actions. For example, you study with students of an uppercase letter And explain to her writing with the following words: "Put the pen on the middle of the wide line, lead up and curve to the right and go down a slanted line to the lower line of the working line, curve to the right, lead right to the middle of the wide string back down written line, draw a slanted line to the lower line of the working line, round out this element right. When displayed, all writing must be non-separable!
4
Ask the students to circle the finger of your uppercase letter in the air or on the model in their notebooks, design of thread or wire, write with a pen on tracing paper pattern, etc.
5
Go to work in their notebooks. Students first get the samples in a notebook, and then independently writing a few letters. Students can then compare their work with the sample. It is necessary to impose a tracing-paper with inscribed earlier on their letter in their notebooks.
6
Survey of students, the purpose of which will be speaking of the cases of writing in all capital letters. Consider ways of connecting capital and small letters. For example, SL – lower joint, middle joint, and CT is the upper connection.
Is the advice useful?
See also
Присоединяйтесь к нам
New advices