How to get to Peterhof

Four different ways to get to the Museum-reserve "Peterhof", located on the southern shore of the Gulf of Finland near Saint Petersburg. 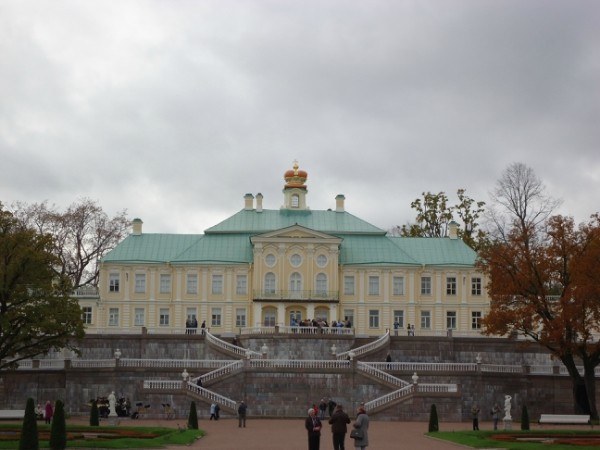 To Peterhof from St. Petersburg can be reached in many different ways: by train, by taxi and bus, speed boat "meteor" and a helicopter.

Taxis to the city coming from metro Avtovo, Leninsky prospect, Prospect VETERANOV" and "Baltic". Many tourists station "Avtovo" is the most popular here and accumulate a large queue. In the season often have to wait up to an hour. From metro station "Avtovo to Peterhof are route taxis №№224, 300, 424 and 424А. Can also be reached by municipal bus No. 200.

From the Baltic station, near the metro station "Baltic" in Peterhof can be reached by train. You need to find the trains going to destinations Kalishche, Oranienbaum or Krasnoflotsk. You need to get out at the station "New Peterhof". To the Museum from the station you can take buses 349,350, 351,352,355,356.

From the docks near the Palace bridge at the Admiralty and the Palace embankment in Saint Petersburg you can go on the water. On this route ply boats on underwater wings. Adult one-way ticket costs 650 rubles, the cost of children's ticket – 300 rubles.

The most exotic and expensive way to get to the Museum by helicopter. From the fortress you can fly to Peterhof in just ten minutes. The ticket price is usually 3000 rubles. The only caveat – must have group of at least fifteen people.