How to get to Tsarskoe Selo

Tsarskoe Selo, Pushkin – the name of the same magnificent suburbs of St. Petersburg. Lush parks and palaces of the Royal residence countryside, turned into a Museum-reserve, and the famous Tsarskoye Selo Lyceum, Pushkin is doing very popular among tourists and the accessibility adds to his appeal. 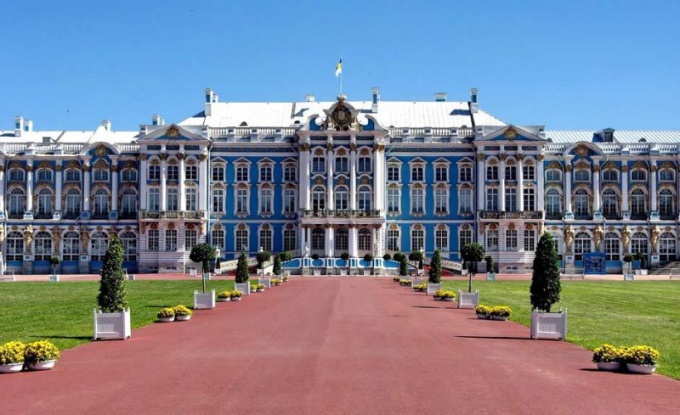 Related articles:
Instruction
1
The most popular way to get to Pushkin railway. To the platform "Tsarskoye Selo" is followed by all trains departing from Vitebsk station (metro Pushkinskaya). Travel time – about half an hour. On these trains you can take at the intermediate station "Kupchino" (metro station "Kupchino"). In this case, the road to Tsarskoye Selo will take only 15 minutes.

From the Tsarskoye Selo station to the main city attractions (the Catherine Palace, Lyceum, parks) can be reached in about half an hour: they are two kilometers from the station. And you can take a bus or taxi. Go to the parks almost all routes stop at the station square, opposite the exit of the last cars of the train.
2
To the Tsar's Village can be reached by bus or taxi from the metro stations "Moskovskaya" and "Kupchino". The absence of congestion, the journey time will be about 30-50 minutes. At the metro station "Moskovskaya" to Board the bus at the bus stop at the House of the Soviets (the subway exit to the street Altai). To the Tsar's village you can reach by Shuttle bus №№ 545, 287, 299, 347, 342 or bus No. 187. From the metro station "Kupchino" you can go by buses №№ 545А, 286, 287, 342, 347 (exit the metro in the direction Vitebsk Avenue). Because Pushkin is located in the city limits, the fare will be the same as on city routes.
3
Another way to drive to Tsarskoye Selo – the trains Luga direction, stretching from the Baltic station (metro station "Baltiyskaya") and passing through the station "Leninsky prospect" (a 10-15 minute walk from the metro station "Leninsky prospect"). They can reach the railway station Aleksandrovskaya. Travel time from the Baltic station – about half an hour. The station is three kilometers from the main sights of Tsarskoye Selo, you can reach them on foot through the Babolovsky and Alexander parks, or take buses or 378 275 (bus stop opposite train station).
4
If you want to turn the road into a small adventure in the summer you can also drive to Tsarskoye Selo in a miniature train October a Small children's railway, which runs from the station "Youth" (metro station "Kupchino") to station "Tsarskoye Selo". Children's railway operates only during the summer holidays, on Wednesdays the train Pushkin – from 15 to 19 hours from Thursday to Sunday from 10 to 19 hours. The interval between trains is about hours.
Is the advice useful?
See also
Подписывайтесь на наш канал