How to get to Kronstadt

A few decades ago to Kronstadt was only possible on the water, and then only with a special pass. But times change, and now Kotlin island is easiest reached by car or public transport, and there are several options. 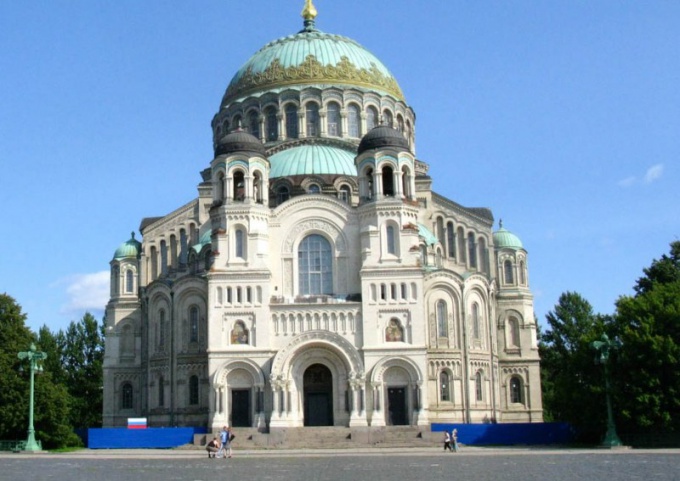 Related articles:
You will need
Instruction
1
Kronstadt is now included in the boundaries of Saint Petersburg, so you first need to drive to the Northern capital. If you arrive by car, you need to get to the metro station "Chernaya Rechka". Almost near the pavilion station street Savushkina. In it you will find yourself on the seaside highway, you will pass through Olgino, Lisy nos and the mountain and turn to the dam. A few minutes and then you're on the island. You can enter the city or go to the FORTS. On the road, you can easily find the right pointers.
2
One of the routes of travel to Kronstadt starts from the metro station "Old village". It is situated on the purple line. Almost on the station of bus 101. It goes straight to the island of Kotlin. Its final stop – the House of life, where the old districts of Kronstadt can be reached on foot in twenty minutes. The interval is 10-15 minutes.
3
There is another non – stop route from the metro station "Chernaya Rechka". This station is on the blue line. After leaving the metro, you will easily find the taxi stop No. 405, which takes you to square Romala in Kronstadt.
4
Interesting route to Kronstadt starts at the metro station "Prospect Enlightenment", which like "Black river", is located on the blue line. From here there is a bus No. 407, which will take you first to the mountain, and then along the crest of the dam is to the street Zosimova in Kronstadt.
5
In Kronshtadt you can get on the South shore of the Gulf. From the Baltic station, Board the train going to the town or Kalishche. It will take you to the station "Oranienbaum-1". Right on the station square will be able to take city bus No. 175, which will take you to the Civil streets of Kronstadt. The interval is 30-40 minutes.
6
On the southern shore of the Bay can be reached Kronstadt in another way. This is perfect for those who would like one day to see as many attractions. The road is a little longer than the "Old village", but extremely beautiful and so interesting.

In Saint Petersburg get to the metro station "Kirov plant", or even better – "Avtovo". Both of these stations are on the red line. From Kirovsky Zavod is a bus №200 to the University. He stops in front of the station "Avtovo", from which, except it goes in the same direction and bus number 300. The final stop of these routes is the same station square in Lomonosov, near the station "Oranienbaum-1".

On these buses you will drive past the marvelous Palace and Park ensembles of Strelna and Peterhof, on your way to be the old manor Znamenka, mykhailivka and serhiivka, Russian village Shuvalovka, military memorials in Peterhof and the village Martyshkino. Once you reach the last stop, change to bus No. 175.
7
To Kronstadt can be reached and not from the subway. If you suddenly found yourself in the shopping complex "Mega-Parnas" on the North of St. Petersburg to Kotlin you will take a share taxi No. 816. The final stop in the Pine forest, but along the way the bus comes in Kronstadt.
8
If you still want to feel that Kotlin is really a piece of land, surrounded on all sides by water, unable to get there and the Bay. However such opportunities every year becomes less. First cancelled the ferry from the Fox's nose, then out of the Oranienbaum port. Now there's only the aquabus, which is sent from the Arsenalnaya embankment in St.-Petersburg and some sightseeing tours that have no regular schedule.
Is the advice useful?
See also
Присоединяйтесь к нам
New advices