How to get to the red village

Red village is a small town in the Leningrad region. It is possible to find wonderful scenery, in the Red village of Aleksandro-Nevskaya and Trinity Church, there Peter I was built the first mill for the manufacture of paper. 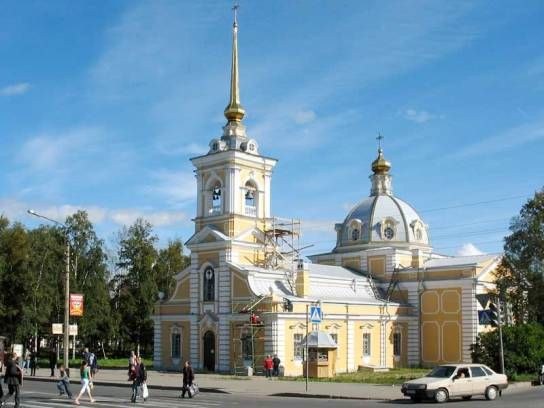 Related articles:
To get to the red village by car, bus or minibus, and train.

If you want to go to Krasnoye Selo by car, you will first need to get on the Tallinn highway and go along it to the outskirts of the city. After crossing the ring road you will need to move out on Krasnoselskoe highway, which will lead you to the Red village. It should be borne in mind that the Red village is close enough to St. Petersburg, so the trip to Krasnoselsky highway, if you are caught in the same traffic, only takes a few minutes.

To reach Krasnoe Selo from St. Petersburg by bus and taxis. Buses typically from metro, for example, via metro station, Prospekt VETERANOV and Avtovo are buses 145 and 145A. Buses from 6 am to midnight, the interval 10-20 minutes, and it increases after 20:00. Travel on the bus at the beginning of 2014 amounted to 25 rubles.

From the metro station Kirov plant in Krasnoe Selo can be reached by taxi K-546, his destination the train station Thais. Several routes runs between the metro station Prospect VETERANOV: K-650б,-650V and-445в. The fare to the shuttles ranges from 25 to 40 rubles per ticket, the interval of 7-10 minutes, to drive them from 5:30 to 23:30 every day. Journey time about 35-40 minutes.

In addition to the red village to get there from St. Petersburg by train, which goes from the Baltic station almost every hour, the first goes from 7 am and the last departs from platform two minutes before midnight. In the path of the train to the red village a little more than half an hour, and her final stop is the train station of Gatchina Baltic. The fare on the train is approximately the same as in taxis.

In September 2014, the city will celebrate its 300-year anniversary. To this date was performed several reconstructions of architectural monuments, as well as organized the construction of a new sports and entertainment facilities.
Is the advice useful?
See also
Присоединяйтесь к нам
New advices