How to get to "Aurora"

The legendary cruiser "Aurora" for many years is on eternal Parking at the Petrovskaya embankment of the Neva river, near the Nakhimov naval College. This is one of the many Museum ships. To get there, you need to come to St. Petersburg every day, except Monday and Friday. 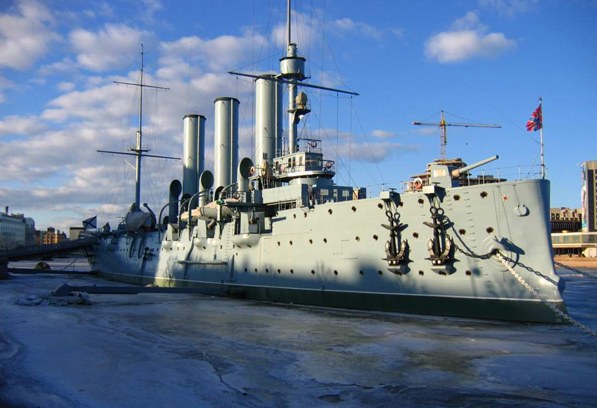 Related articles:
You will need
Instruction
1
The metro station next to the cruiser no. Nearest stations – Gorkovskaya and Ploschad Lenina. The first is on the blue line. If you come to St. Petersburg by train to the Baltic, Vitebsk or Moscow railway stations, you will need to change trains at the station "Technological Institute". From the Ladoga station will also have to go with the change at the station "Dostoevskaya". From the Finland station is best reached on foot. If you are going to go to "Aurora" directly from the airport by bus from Pulkovo airport you can reach the metro station "Moskovskaya", which is on the same blue line as the "Gorkovskaya".
2
Leaving the lobby of the metro "Gorkovskaya", turn right and exit through the Alexander Park to the waterfront. Turn left and walk along the Neva. In fifteen minutes you will come to the cruiser "Aurora".
3
To get to the cruiser is possible and from the Finland station, which is also close to the metro station "Lenin Square". Exit the railway station or the lobby of the metro, go across the square to Pirogovskaya embankment of the Neva river and turn right. Soon you will come to one of the sleeves of the main St. Petersburg rivers and standing on the fun cruiser". Go to it is possible at the nearby Sampson bridge. This way takes more time than from the "Gorkovskaya". The Museum works from 11 to 17:15, admission is paid. There are benefits for children.
4
The exposition of the Museum is small, the inspection will take a very long time, so it is reasonable to combine the tour with sightseeing of other attractions. In this district of St. Petersburg a lot. For example, in the area of "Gorky" you can see the monument "Guarding", not to mention the fact that the way you have Peter and Paul fortress. Relatively close to the Museum "House of Peter". It is also located on Petrovskaya embankment.
5
In St. Petersburg there is another place associated with the legendary cruiser. It is in Oranienbaum, where the cruiser stood in the years of the great Patriotic war, covering with sea Oranienbaum bridgehead and its defenders. Now there stands a small monument. To see it, you need to get with the Baltic train station Oranienbaum or Kalidescope directions to the station "Oranienbaum I" (to sit down you need to the head coach). Down from the platform and crossing the railway, you will see a road to the pier. Go a few dozen meters. On the right you will see a small monument, the outlines of which resemble the nose of the famous ship. 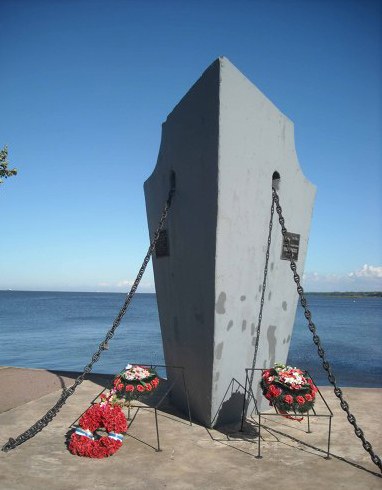