Why Latin is considered a dead language

Latin language – one of the most amazing. He is presumed dead since long gone out of colloquial use, but it is taught in universities, used in the scientific community, and many words from Latin are still in Vogue. The Latin language is partly dead, and partly preserved as the language of science, medicine, terminology. 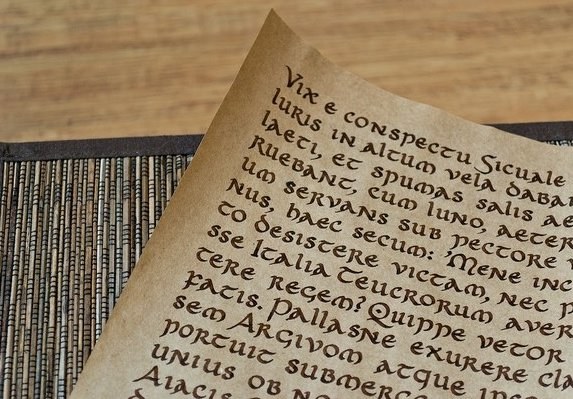 Latin, or Latin – one of the oldest Indo-European languages that had a writing system. He appeared at the peoples of ancient Italy in the second Millennium before our era, supplanted the other languages spoken by the Italians, and became a major in the Western Mediterranean. The greatest flowering of the language achieved in the first century BC, when began the development of the so-called classical Latin, the literary language in which he wrote Cicero, Horace, Virgil, Ovid. Latin has evolved simultaneously with the development of Rome and his formation as the largest country on the Mediterranean sea.

Further, this language has experienced periods of postclassic and late Latin, which were already similarities with a new Latin-based languages. In the fourth century formed a medieval Latin, which was heavily influenced by Christianity. In the Latin translation of the Bible was translated, and since then it has become a sacred language. All the theological writings were written on it. The figures of the Renaissance also used Latin for writing their papers: on it wrote Leonardo da Vinci, Petrarch, Boccaccio.

Latin is a dead language

The Latin language gradually disappeared from the speech of people in the middle Ages more and more often as a spoken language was used local dialect, but lived in Latin religious texts, scientific treatises, biographies and other works. The rules of pronunciation was forgotten, the grammar is slightly changed, but the Latin language lived.

Officially a dead language it can be called from the VI century, after the fall of the Roman Empire, when they began to blossom barbarian States and Latin gradually fell out of everyday use. Dead language linguists call language, which doesn't exist in everyday life, is not used in live oral communication, and exists in the form of written records. If there is no person who speaks the language as a mother tongue, the language is considered dead.

But Latin is a dead language special, which can be called such a stretch. The fact that it is still actively used in many spheres of life. Latin is widely applied in medicine and biology, and other Sciences, but even in ordinary life, people still use selected Proverbs and sayings in Latin.

In addition, the Latin language is widely used by the Catholic Church, it is the official language of the Vatican, the Holy see and order of Malta.
Is the advice useful?
See also
Присоединяйтесь к нам
New advices