How to get to Novorossiysk

Novorossiysk – a major industrial port city located on the coast of the Black sea. It stretches along the shores of the Tsemess Bay from the North and surrounded by mountains – spurs of Markhotsky ridge. This is a beautiful and hospitable southern city, to get to that train, by plane and by car. 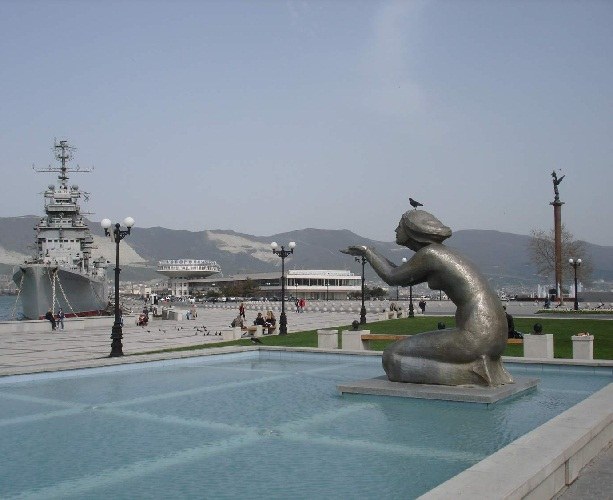 Related articles:
Instruction
1
If you want to get to Novorossiysk via the most direct route, select a plane. In the city there is no airport, the nearest are located in Krasnodar, Anapa and Gelendzhik. Year-round in the airports of Moscow and Saint Petersburg fly the planes of several major airlines: Aeroflot, S7, UTair and Rossiya airline. In the summer time in the schedule you can see the flight Nizhniy Novgorod, Saratov, Yekaterinburg and other Russian cities. From Moscow the journey time is just over 2 hours, from St. Petersburg – about 3. In any case, to Novorossiysk from Gelendzhik, Anapa and Krasnodar, you'll have to get on the bus. From the bus station Gelendzhik and Anapa drive from the centre of Novorossiysk for 1 hour, and from Krasnodar – for 3.5-4 hours.
2
Novorossiysk train station all year round only accepts trains from Moscow, St. Petersburg, Rostov-on-don and Kazan, in the summer the geography of the schedule is much wider: it is possible to see such big cities as Perm, Nizhny Tagil, Izhevsk, Tambov, Ufa, Arkhangelsk, Nizhny Novgorod and others. the travel Time from Kazansky railway station of the capital on a high-speed Deluxe train "Kuban" - 22 hours on a normal, passenger, drive for 30 hours. From St. Petersburg by train can be reached in 48 hours. Trains from some other Russian cities come to the railway station of Anapa, where you can also get to Novorossiysk by bus.
3
In that case, when you go to Novorossiysk on the car, keep in mind that connects it with the capital of the Federal highway M4 "Moscow-Sochi". The distance between Moscow and Novorossiysk – 1681 km and between St. Petersburg and this seaside city 2360 km From the Northern capital is easier to get to Novorossiysk via Moscow. In this case, following the route of the M4, you can enjoy the major cities of southern Russia, Voronezh, Novocherkassk, Rostov-on-don, Krasnodar. To get from the capital of Kuban – Krasnodar, you'll need to overcome is 142 km away.
Is the advice useful?
See also
Подписывайтесь на наш канал