What is the highest military rank in Russia,

Army and Navy rank in modern Russia was established on February 11, 1993 the Law "On military duty and military service". They called for the introduction of the titles from the first soldier/sailor to Marshal of the Russian Federation. The only Russian Marshal for more than two decades was a former defense Minister Igor Sergeyev. 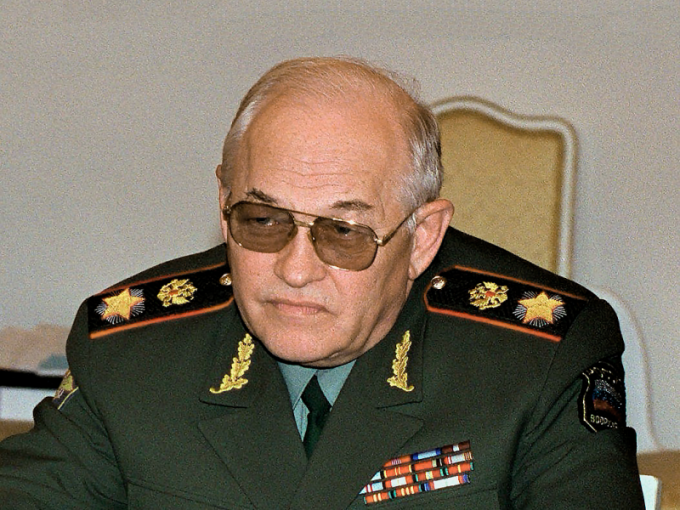 Marshal of the Russian Federation has replaced the existed since 1935 the rank of Marshal of the Soviet Union 80 years ago it was rated five legendary Soviet generals, heroes of the Civil war, Budyonny, Vasily Blucher, Kliment Voroshilov, Alexander Yegorov and Mikhail Tukhachevsky. Before the great Patriotic war from the entire quintet of red army commanders, only two survived — Budyonny and Voroshilov. Others in 1937-1939 year of repressed, destroyed as "enemies of the people and foreign spies."


All Marshals of the Soviet Union became 36 military commanders, as well as for the contribution to strengthening of defensibility of the country — five prominent political figures of the USSR. Among the latter was Joseph Stalin, Lavrenty Beria, Nikolai Bulganin, Brezhnev, Leonid and Dmitry Ustinov. Soviet Marshal at number 41 was the penultimate Minister of defence of the USSR Dmitry Yazov, removed from his post after the failure of the August 1991 coup attempt and the creation of the emergency Committee.

Soon after the formation in 1992 of a sovereign Russia and the Ministry of defence of the Russian Federation in the country began to establish own Armed Forces. The law of service and military duty came in February of 1993. They, in particular, provided that the highest rank in the country is now considered to be Marshal of the Russian Federation. The second on the status of the place was the General of the army and Admiral of the fleet.


The first winner of the epaulet with a single embroidered star with a diameter of 40 mm, diverging radially and forming a Pentagon with silver rays, the coat of arms without heraldic sign and wreaths of oak in their buttonholes appeared only four years. 21 Nov 1997 the bearer of a special mark called "Marshal's Star" became the newly minted defense Minister Igor Sergeyev. In his post Sergeev stayed until retiring in 2001 and replaced by the descendant of the KGB, Sergei Ivanov.

But he could become an Admiral!

Interestingly, in the beginning of an army career, the future Russian Marshal No. 1 dreamed of sea service. For this 17-year-old high school graduate in Makeyevka Igor Sergeyev in 1955 even arrived in Leningrad. But enrolling in the Higher naval hydrographic school, he's already a year along with the entire course was transferred to Sevastopol. Faculty of engineering naval school named after Admiral Nakhimov cadet Sergeev and began to study a missile weapon, permanently bound to its fate.


After finishing his studies in 1960, on the eve of the Cuban missile crisis and the rattling of Soviet Union military "muscles" near the coast of Cuba and the United States, the young Lieutenant went to the service created not so long ago the Missile troops. Starting a career as an officer in the same 60-m from the post of head of division of test of missiles, he eventually rose to the post of commander in chief of all the domestic strategic missile forces, the strategic Missile forces.

The Hero Of Russia

Order appointing Colonel General Igor Sergeyev commander in chief of the strategic missile forces was signed on 26 August 1992. However, the country's first "military rocket" a graduate of two academies — the Military engineering named after Dzerzhinsky and the General staff, he remained only five years. In may 1997 it was approved as Minister of defense and member of the security Council and of the Council of national defense. In the same year the General of the army on Wednesday, the first in the country awarded the title of Marshal.


In 1999 — "closed" to publish the decree of the President Igor Sergeyev was awarded the title of Hero of Russia. After a voluntary resignation not only the first but also the last for today of the Russian Marshal, until 2004, was the assistant of the President of Russia on strategic stability. Died Igor Sergeev on 10 November 2006 from hematological diseases in the military hospital named after Burdenko, he was buried in Moscow.
Is the advice useful?
See also
Подписывайтесь на наш канал