How to distinguish the title

Don't know how to contact you to stop the traffic police inspector? I can not understand in what rank are recruiting employees? If you don't want to offend the man in civilian clothes, then you should remember what is depicted on the shoulder straps and to which title applies to each image. 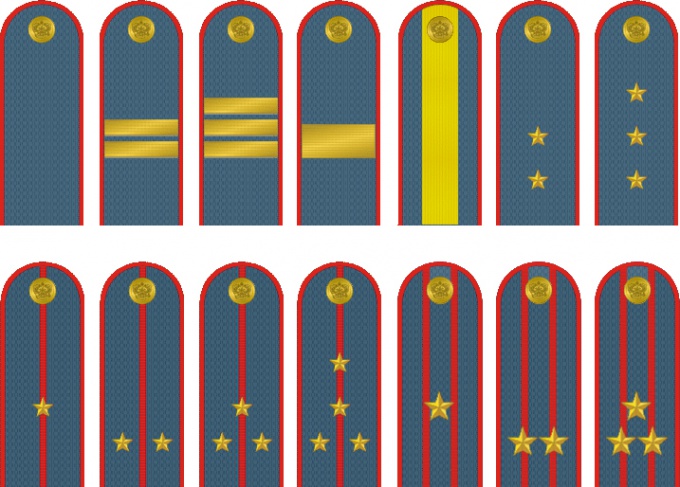 Related articles:
Instruction
1
Distinguish between empty shoulder straps. In the army they say: "Net straps" a clear conscience". And a clear conscience is usually ordinary. If you see the straps without any images, you know - before you private.
2
Look at the stripes. Some military is stripes (stripes), as a rule, non-commissioned officers. The corporals - one insignias, NCOs have two stripes, sergeants three. The senior Sergeant has one but wide insignias, the elders – wide longitudinal insignias.
3
Look at the stars. Have warrant, there is no Lychak, but there are stars. 2 stars, located along the length of the shoulder strap, and the absence of any stripes means that you face the ensign. If the stars are not two, but three, then you have a senior warrant officer.
4
Look at the stars and stripes. From the officers to the stars and stripes are added. At the Junior Lieutenant on the epaulets, one stripe and one small star. But the star is less than that of warrant officers. Lieutenant – two stars on the edges from the strip; senior Lieutenant, three stars. There are two of them as Lieutenant, and one above. On the epaulets of the captain is, plus another star which is even higher. Major shoulder straps have one big star and two stripes on the sides of the star. In analogy with the Lieutenant: two stars down and two lanes are on the shoulder straps Lieutenant Colonel, the third star from the top – the Colonel.
5
Distinguish between the patterns on the shoulder straps. The patterns are uniform for the generals. If the top of the pattern, there is one star, major General, when two stars along the shoulder strap (the generals they only along), then you – the General-the Lieutenant. Three major stars in the pattern suggests that their owner – the General-the Colonel. Four stars is only General of the army. Marshall wears on the shoulder straps a very big star and double-headed eagle.
Is the advice useful?
See also
Показать еще
Присоединяйтесь к нам
New advices