Who is on the honor guard

The honor guard is an elite military unit. It recruits undergo rigorous selection process to earn the right to represent their country at important meetings of foreign guests and accompany public events at the official level. 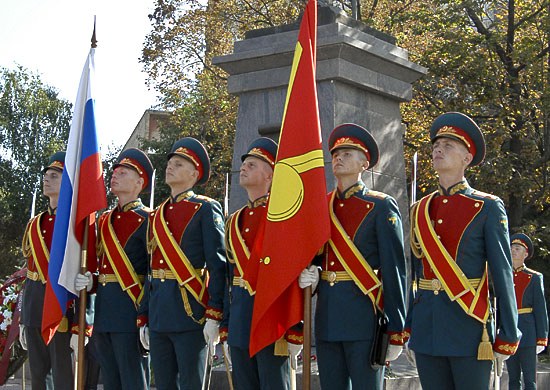 Related articles:
The honor guard is a military unit of the armed forces, ensuring the performance of guard and garrison service. The PKK is involved in the rituals of meeting the distinguished guests at the official level. Even with the times of Peter the great performances of a company are an example of the skill of soldiers and officers.

A difficult but honourable duty

Military, are members of the honor guard represent their view of a generalized image of the Russian soldier. Selected recruits officers who go specifically to different regions of the country. In all the cities and towns they look for those who meet the standards of the company. Every ritual involving employees of the unit is a special event value. They are the first persons of the country. The recruits, being, in fact, the hallmark of the state, are selected under special conditions.

Specrate has an impact on everyone who ever served in this military unit. Physical and mental requirements for new recruits, very hard, and represent tacit and lowercase set of rules:

- the growth of the recruit must be at least 180 cm;
- good behavior;
- presence of absolute health;
natural Russian beauty;
- the presence of a musical ear;
- nerves of steel.

Guard – high duty and great responsibility. Take this service is not only honorable, but also prestigious. Despite all the difficulties of drill, all soldiers, sailors consider it an honor to be among the soldiers of the elite unit.

Honor guard, welcoming the guests, consists of soldiers and sailors, representing the different kinds of troops: land, sea and airborne. Infantry – the most stalwart of them. Sailors and Marines of lower growth. Ministers usually meet Marines. For the special step and the ability to keep your back straight as a string, a company called "ballet".

Dress uniform for the participants of the company made in a special Atelier. Each piece individually for the individual warrior. Form should ideally sit on the figure and does not restrict movement. Boots calfskin also they are made to order, decorated with braid and chevrons, trimmed in gold.

Demonstration performances of a company is always spectacular, flawless and represent a collective image of skill and endurance for all Russian soldiers.
Is the advice useful?
See also
Подписывайтесь на наш канал