Whether served in Putin in the army

The only position in the Armed forces of the Russian Federation, which may take not a soldier, a civilian, is the commander in chief. After all, they according to the Constitution of Russia is the President of the state, which become possible without even having been in the army. Not passed the military service, for example, the current President and Supreme commander of the Russian Federation — state security Colonel in resignation Vladimir Putin. 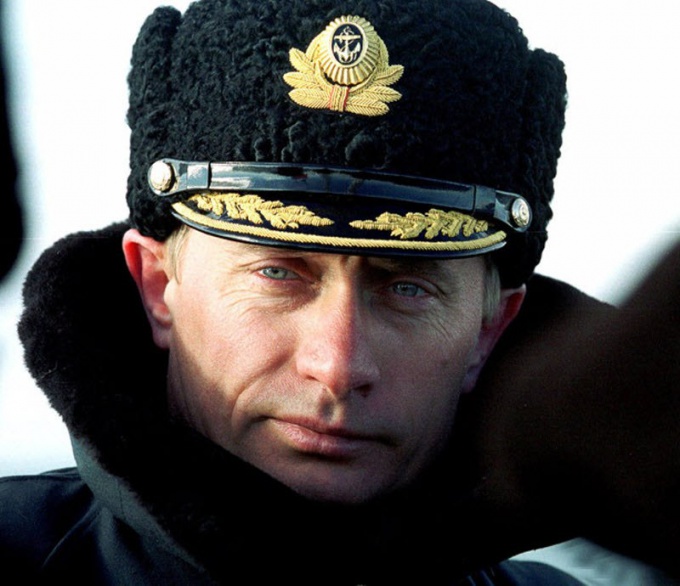 Speaking about his attitude to the Armed forces, Russian President Vladimir Putin has always stressed that he was born and he grew up in a family of soldiers. So just can not disrespect to the army of his country, not to help her in all possible ways. In the interview, Putin recognizes that to become a soldier, he, like many boys, dreamed of since childhood, mentally trying the straps, then pilot, then a sailor. Stopped, in the end, to the career of a scout.

The conscripts at the time was somewhat well-known Russian politicians and higher officials of the country. Among them — Gennady Zyuganov, Mikhail Kasyanov, Dmitry Kozak, Sergei Mironov, Vladislav Surkov, Igor Shuvalov.

For the dream of yesterday the student was not afraid even to come to the selection of the Leningrad KGB and ask about the possibility to get into the security organs. But received a reply that this should be at least two years to serve in the Soviet army. Another option for the 17-year-old boy was the admission to the University with the military Department, which trains lawyers or other professionals that are in demand in the state security Committee.

From University to school

Proposed a KGB officer a simple choice of the future head of this Department made in favor of studying. In 1970, Vladimir entered the law faculty of Leningrad University. And after five years the young lawyer was admitted to the local Secretariat of the KGB, becoming a Lieutenant of the KGB. That, in principle, can be considered the beginning of active military service.

In the organs of state security University graduate, worked 15 years. Having at that time to graduate from the Moscow Higher school of the KGB of the country and to learn in practice the difficulties of working in counter-intelligence and intelligence. Including the secret division of the SVR, the foreign intelligence Service, who worked outside of the Soviet Union and around the world.

Once, as I dreamed in childhood, a professional intelligence officer, Vladimir Putin continued his military education. Having graduated from the red banner Institute named one of his predecessors at the head of the KGB Yuri Andropov, he, like knowing the German language, received in 1985 in the direction of the GDR. New place of Vladimir Putin was located in Dresden, the so-called intelligence point.

In the German Democratic Republic the Soviet intelligence officer, Vladimir Putin has twice been promoted. Which was considered such a serious organization like the KGB of the USSR, analogous to "excellent".

For five years in East Germany, counterintelligence Putin showed himself so well that he received the title of Colonel, as Deputy head of Department, and was also awarded the military medal "For outstanding merits before the National people's army of the GDR." Another "service" stage of a career officer Putin began in the Russian time.

The Director of the FSB

In July 1998, Vladimir Putin, by the time one of heads of administration of St. Petersburg, has received from President Boris Yeltsin's offer to lead the home Ministry. By the time the once again renamed — to the FSB, the Federal security service. And later became the Secretary of security Council of the country. However, long it the FSB Colonel Putin is not spent. In August of the following year he was appointed Chairman of the Russian government.

On the last day of the 98th Putin became acting President. Finally, on March 26, 2000 he was first elected head of state. At the same time receiving related post of Supreme commander of the armed forces, the Armed forces of the country.

One of the four Supreme commanders of the armed forces who have served in the army, Viktor Chernomyrdin. In the late 1950s he was airport equipment in one part of the air force. Boris Yeltsin and Dmitry Medvedev's call escaped.

Their leader Vladimir Putin, a retired Colonel GB, it was even twice. The first time he held this post until 7 may 2008. In the second time became commander of the entire Russian army exactly four years.
Is the advice useful?
See also
Присоединяйтесь к нам
New advices