What are card games

No wonder the gambling is considered a card, because they have manifested such qualities as intelligence, wit, cunning and speed. It is believed that there are four kinds of card games: family, gambling, folk and commercial. 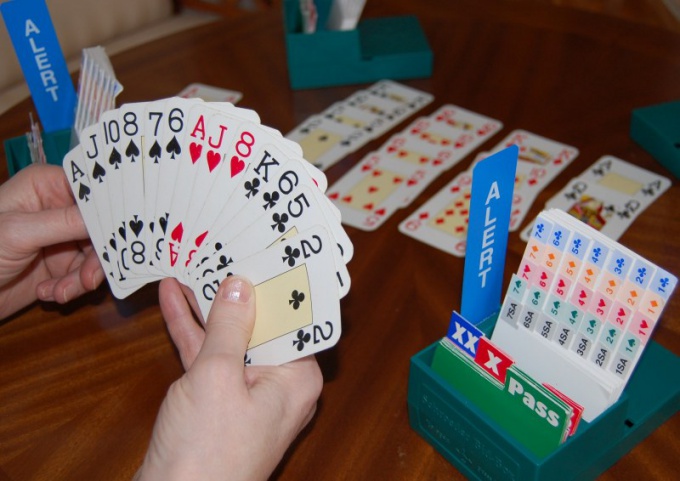 Family and popular types of cards are the most simple and easy to understand most people, they are no complicated moves, everything is quite simple. Very loved game "the fool", which can be played by two to six players. Each of them is dealt six cards, the last card after the deal will be a card of the trump suit. The goal of the game is to get rid of your cards, breaking the little map of the enemy own the older card or the trump card. The player with the card will remain on hand, and losers, who jokingly called "fool".


Such games are played by both adults and children, but in gambling or commercial is played only adults, moreover, in several countries over the involvement of the minor is threatened with real imprisonment.

Commercial types include: poker, black-Jack, pontoon, Macau, Ceca and many others. The most popular game of poker, its rules are simple, but the game itself requires attention and logic, because the player needs to build a favorable combination of small number cards. So much so that she "beat" combination of rivals.

Each player receives two cards that the opponent should not see, then gradually laid out five cards to all, any player can use them to build combinations.

For four rounds, each player makes bets in the total pot, which the winner will get. In the final, the players reveal their cards and the winner is the one whose poker hand will be stronger than others.

In many countries of the world there are poker tournaments that annually attracts thousands of fans of gambling.

Exclusively to commercial types of card games include bridge, whist, whist, a thousand. All of these types of complex have current rulebooks, which are available even training books and manuals.

Such a commercial game, like bridge, is considered the world's only recognized sports game. Bridge is played by four players, partners are called players, who sit opposite each other. Even seats at the table have names and are divided into cardinal directions, i.e. South, West, East and North.

Do not play in a standard deck of 36 cards, as usual, and a deck of 52 cards. The main task of a couple of players to score maximum points.
Is the advice useful?
See also
Подписывайтесь на наш канал