10 best Board games for the company

Board games for the company should be simple, interesting and most importantly fun. Such games are played, usually during various celebrations: birthdays, anniversaries, Christmas holidays, during the "corporate events", etc. But if you were specifically to play table games, you can take something more complicated depending on the level of training of players. 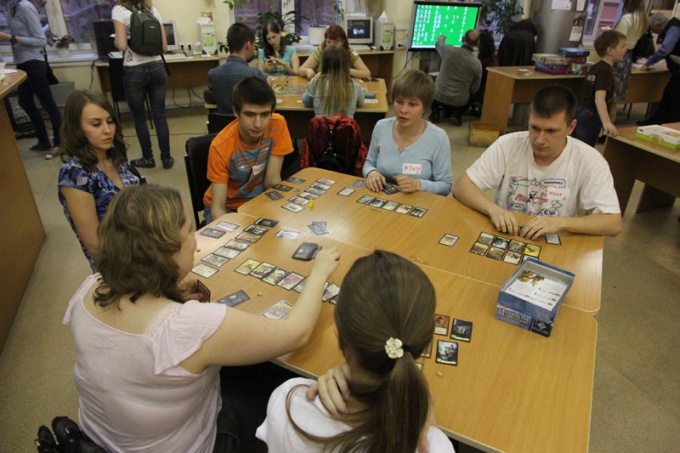 Related articles:
Instruction
1
The most popular card is a parlour game is, of course, "Mafia". Its essence is as follows. Players are dealt cards, written their roles. Someone is a civilian, someone is mafia, someone- a doctor, someone is a Commissioner, etc. Every night the mafia kills one civilian. A peaceful day trying to figure out who is mafia and kill the suspect. The purpose of peace is to survive, the goal of the mafia is to kill all civilians. And the game may appear a maniac, which eliminates one resident every night and makes every party completely unpredictable... Modifications of the rules of this exciting cabin table games great variety, it is suitable even for those companies that have ardent opponents of the "classic" Board games.
2
UNO. The name of this game comes from the Latin name of the number "one". "UNO" is a bit like the card game "three Hundred". The aim of the game is to get rid of all the cards laying on the table card of the same color or value. Intrigue will add cards like "pass the course the opponent", "take 2 or 4 cards of the opponent," "color change", "exchange decks" or even "reverse direction". And even when the player is in the verge of victory, that is, when he's still on the hands of 1 card, he must yell "UNO". If you do, draws two penalty cards. The game is great for any company, the more players, the more interesting. And the rules can be modified.
3
"Double" is another game on the reaction and quickness. Lead gives the player one card, and then begins to drop in the center of the table cards from the main deck. On each card is drawn 8 images, some of them are the same. The goal of the players is to find on the card and drop the same image. In this exciting, dynamic and simple game you enjoy playing, even children. The main thing – not to mash the card in a fit of excitement!
4
"Chameleon" is a little bit like "Double". But the cards are quite different. On each card there are four elements. The player's goal is to assemble a "copy" of your card, finding discharged the same elements. The more sets to be collected by the player, the greater his chances of winning.
5
"Seth" is such a fun and crazy game like the previous one. It requires a bit of brain strain. Players need to collect certain sequences of laid out on the playing field of cards. In the sequence, as the name implies, there should be 3 cards. This game develops mathematical thinking and are suitable for intelligent company.
6
"Scrabble", aka "Sloboda", also known as Scrabble ("Scrabble"), by contrast, is philological game. She became popular after one episode of the animated series "Smeshariki". Players try to put on the Board the words from available letters and receive as many points as possible. The game greatly expands vocabulary and allows you to have fun and to spend time.
7
"Munchkin" is one of the most famous "classic" table games in the genre of role-playing games. Perhaps this is the most simple, fun and addictive some of these games. It is easy to learn, and it can play even those who have never played in the "nastolki". Your goal is to create a very "cool" and pumped character that can go through any dungeon, filled with the most terrifying monsters. Usually "Munchkin" more like boys, but among girls there are many beautiful female warriors.
8
"Evolution" is a game invented by the Russian scientist-zoologist. It simulates the process of evolution of the animal world. Players will grow the most adapted to the life of a creature is here and climate change, and predators, and disaster type of fire or flood... the Players, by definition, fighting with each other, but you can create a peaceful and "ecosystem" in which different creatures live in harmony, and the players support each other. However, nobody prevents to grow megastorage predator and eat those herbivores greedy! Just like in real evolution... of Course, this game is designed for experienced players who have mastered any card game.
9
"Potions" – another game on the cooperation and also Russian production. Now players can feel the real alchemists. From "wardrobe elements" they take the elements and form of various potions, talismans, and even mythical beasts as well as, of course, seek to obtain the philosopher's stone. For each action the player is awarded points. In the final winner is the one who gets the most points. The game requires some concentration, but it is loved by many millions of players for its originality and logic.
10
"Game of thrones" is a game made for the famous book and television Saga, exists in two versions: the strategic and collectible card game (CCG). TCG combines the best features of Magic: The Gatherin", "Berserker" and a number of similar games, it introduced the original mechanics, based on collecting points. Will appeal not only inveterate fans of the series, but to all lovers of the CCT.
Is the advice useful?
See also
Подписывайтесь на наш канал