How to play the "Goat"

A fascinating card game "Goat" is designed for two or more people. You can play in pairs or every man for himself. For each round are calculated points and the losing party are awarded points. The player who gets the 12 points is the loser. 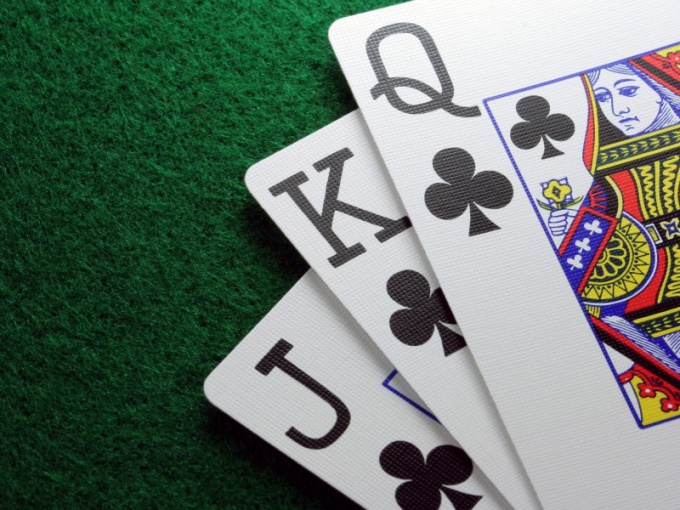 Related articles:
Instruction
1
For playing "Jerk" use a deck of 36 cards, you need cards from sixes to aces. If you have a deck of 54 cards, set aside the excess twos, threes, fours and fives. Do not need a card with a picture of a clown and poker.
2
The game can participate two or more people if a big group of players consists of an even number, it is possible to split into 2 teams and play "two on two" or "three on three". When playing the two teams the players sit at a table alternately from each team.
3
Carefully shuffle the cards and pass them around clockwise to each player one at a time, and so a few times, so that eventually each was 4 cards. Open trump by an arbitrary section of the deck and show one card. This card return to the deck, it should not "glow" on the table as when playing "the Fool." All players must remember the trump suit.
4
In the game "Goat" is a rule – goes to the player who dealt. The exception is the trump of the hammer, that is, when you have 4 trump cards. To go right you have multiple cards of the same suit. The more you have cards of the same suit, the less chance the opponent has to beat your run.
5
To beat the map the opponent's highest card of the same suit or a trump card. Keep in mind that in this game over a dozen of the king. If the opponent has made a move of multiple cards – you need to block all the cards. When you don't hit at least one card, you will have to throw off the number of playing cards from which came a competitor. Definitely mucked face down. In this game you can not beat the selection, that is, if the enemy came with 3 cards of the same suit, and you are one of them don't beat your fate – discard 3 cards.
6
Each turn, players take turns in direction of movement-clockwise - first distributed, and then seated him on the left hand decides to hit or throw, then wait for the action next player, and so on to the first went. Takes broken and discarded card, the one who killed all cards, the same man and makes the next move. If all players have folded, then again turn the same player.
7
If you mucked opponent - try to "give" him the least amount of points. Remember that cards from six to nine – 0 points, Jack – 2, Queen – 3, king 4, ten 10 and ACE 11 points. Try not to throw trump suit, it still may be useful to you. If you play a team to throw, comrade need maximum points only in the case when your last move or you are sure that the competitor on his left hand will not kill card.
8
After each release you with players alternately take one top card from the deck in a clockwise direction so that everyone was re-set of 4 playing cards.
9
After the played party count the points "won" cards. No matter, you played together or with the team victory you will bring the number of points over 60. The result when you have less than 60 but more than 31 points - is estimated at 2 points. The number of points less than 31 will bring you 4 points if you have earned points, you get 6 points you lose. The one who will score 12 points - is a loser.
Note
The game will be more interesting if you use "poška". The so-called Queen of six, which is considered the highest. She interrupts any card, and when sunset goes well with every suit and not beating. Difficult to specify the peak of the six, you need to start the game.
Useful advice
If the number of players more than 4 people and everyone plays for themselves – can agree on the least number of saving points, that is, not 31, as, for example, 21.
Is the advice useful?
See also
Подписывайтесь на наш канал