How to make a card game

Card games is a popular pastime in the company. Deck of cards don't take up much space, and it is easy to take along on a hike or trip. If you have a hundred evenings spent leaning over the deck, and the existing games you are tired, you can always invent your own. 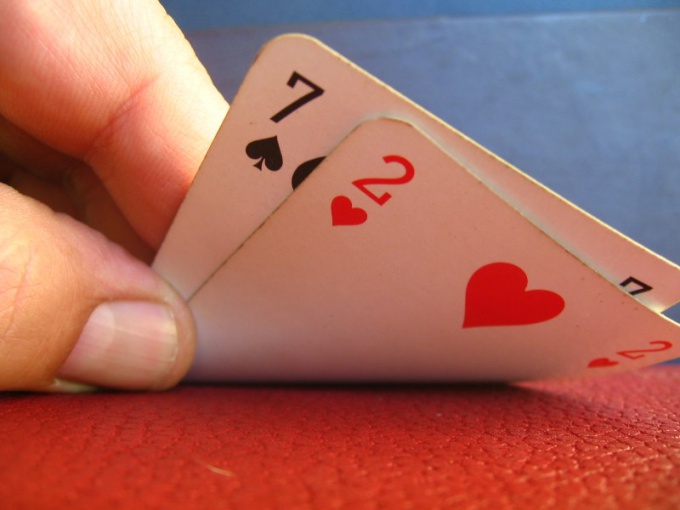 Related articles:
Instruction
1
You can modify the existing game, and modifying its rules. If you love to play cards, you probably are aware of games such as "Fool" and one of its versions – the "Snap". If you wish, you can create your own version of "the Fool" by entering into the everyday life of a rule that the game does not use cards or card red suit has a similar black card, and pop can be as long as the player who go, will not end in the hands of cards. Change the number of cards that can gain the player: they not six, eight or ten.
2
You can create a game from scratch, using a regular deck of cards or drawing your own. Drawing the maps can be any: from funny cartoons to your friends (if your company has a painter) to paint reproductions of the famous masters of the Renaissance. Laminate the cards so they are not worn out in the game.
3
To create a new card game, you can join two existing ones. Try to join game "Durak" and "UNO." For example, if the player remained in the hands of two cards, and he did not say the code word (which you can also invent your own), then he gains a certain number of cards from the discard pile and the game continues.
4
You can come up with your game any rules that you will come to a head. It is important only that the game was not infinite, it was a winner, otherwise it will simply lose its meaning. The card game you can enter dice (which, for example, will determine how many cards you can throw the player) and chips. Also, do not think too complex rules for the card game. The novelty will be interested in a few days and then forget it. Please note games such as "Stump", "Gawker", "Drunkard." Their rules are simple and clear, and the popularity is not falling for decades.
Is the advice useful?
See also
Присоединяйтесь к нам
New advices