How to play the fool

Playing the fool can rightly be called one of the most popular card games in the vast Eastern Europe. Her rules are simple and clear, it is exciting and gambling. There are three main versions of this card game. 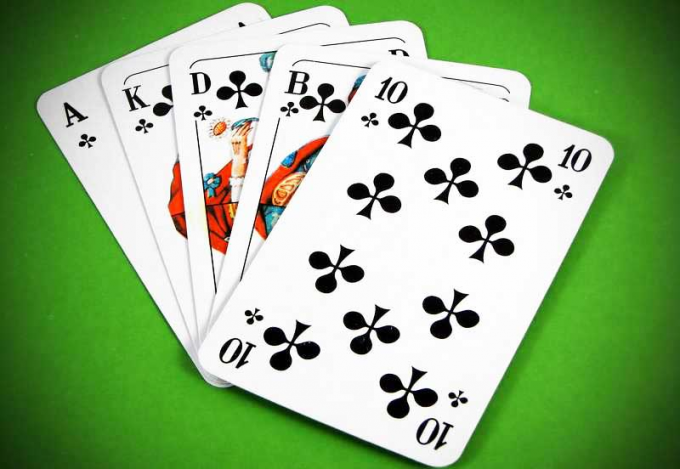 Related articles:
Instruction
1
A simple fool in a deck of 36 cards. From it pulled out the map that the game acts as a trump card. Players get six cards. The player with the trump card of the smallest denomination first comes into play. Then all go in turn clockwise. The essence of the game is to lose all your cards as soon as possible. The one who couldn't make it – lost.
2
Snap also play this way. The main difference is that you can go any number of cards of the same rank. If the answering player has cards senior dignity (it is possible to fight back), he throws them on the game table. The attacker can throw cards that match the dignity of one lying on the table. Can also do all playing, but only after you finish your turn the first player. If the cards have nothing to cover, they need to take. At this point, too, thrown cards. Not to throw more cards than are left in the answering player, and no more than six pieces. When you first release the maximum amount flipping cards – five. To win, you can not only dropping all the cards, but the "hanging straps". This is possible when one of the two remaining players in the hands of two cards and both sixes. So he wins, and the loser was awarded the title "fool in uniform."
3
A game in transferable fool has the same rules as in snap, but with a significant addition. Here the responsible player can move move to the next player card corresponding to the dignity of that which has gone. Transfer cards can be as long as meet the player has on hand number of cards equal to their number on the table. He must either fight back or take the entire con itself. If the conversion card is the trump card, her first time you can not lay down on the table and just show.
Note
The fool of all varieties can play in teams: two against two or three against three. The rules remain the same as in the conventional arrangement. The players of opponent teams sit through one. If anyone of the team members have completed the game, the translation direction does not change and is strictly clockwise. Thus it turns out that the team doing the translation herself. If that player has no cards, the movement continues. When the player finishes the game with a rebound, the move remains the same, but carries out his nearest companion, sitting on the left side.
Is the advice useful?
See also
Подписывайтесь на наш канал