How to learn to play mafia

Mafia is one of the most popular modern games, in which trains strategic thinking, the ability to logically think through their moves, and besides, this game is a strong psychological component – the players will learn the secrets of interpersonal communication and learn a deeper understanding of the interlocutors. Many novice players in the mafia can not understand the rules of the game, which some seem complicated. In fact, to understand the basic principles of the "Mafia" is easy. 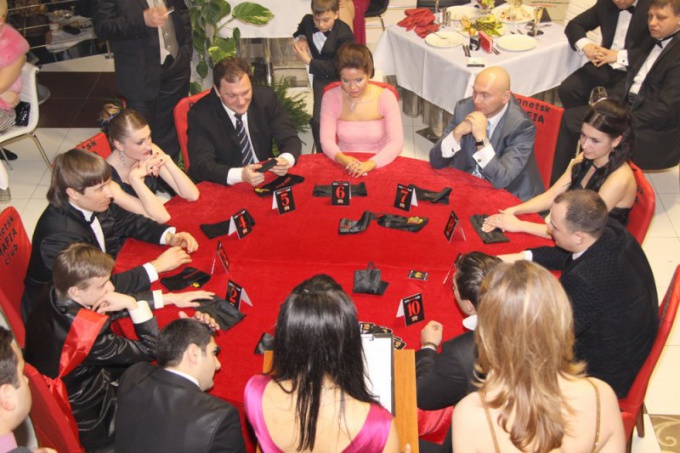 Related articles:
Instruction
1
In this game you are an integral part of a team in which each player chooses the side he has to be mafia or civilian. If you decide to become civilians, to select a monitoring strategy. The ability to observe depends on the outcome of your game. Watch carefully how and what our players are saying, how they behave, how manifest their emotions. Capture all the details, even the smallest – it will help you lead a successful game in the future.
2
With those civilians, in which you are confident, join the team – so your decisions will be stronger, and the voices of the majority against someone is listed higher than voice alone. In the team select a person who speaks more eloquently than the other, and ask him to represent your interests.
3
Never be passive and not sit in silence the more you will participate in the debates and discussions, the more credibility you earn, and the more you will support the allies. People who are in the process of the game hiding, usually do not matter and have no prospects.
4
The rule is to vote against an inactive and silent players – they have no meaning for the game, and their participation makes no sense. In addition, often the tactics of silence chooses for himself the mafia to divert suspicion from himself.
5
If a player has caused your suspicions, start to observe him carefully. Look at his emotional reaction, be careful which events and phrases the player starts to get nervous.
6
Press firmly morally, along with other members of your "peaceful" team. Try also to remember who voted for whom in the game. Deciding to "kill" the player, make sure that he was not a civilian, otherwise your reputation will seriously fall.
7
If you play mafia, too active kill civilians, so they pulled him the rest of the people. Don't suspect your colleagues and try not to blame them guilty. Possible be quiet and not too active – do not give visible signals that will give civilians to understand that you are a mafia. Keep a minimum of attention.
8
Also a good tactic is to assert that peaceful player is mafia, arguing their point of view as anything. Disguise as civilians, to unite with them. If there is no other way to shift the blame on a fellowmafia, because the aim of the game is that the mafia won civilians.
Is the advice useful?
See also
Присоединяйтесь к нам
New advices