Why close the mirrors when a person dies

An old legend says was created by Satan in order to corrupt the minds and souls of people. The attitude of the mirrors has changed over time, but some rituals and traditions mirror associated with the negative impact per capita, including for the deceased person. Challenge loved ones to create the conditions under which a transition to another world will be the least traumatic. 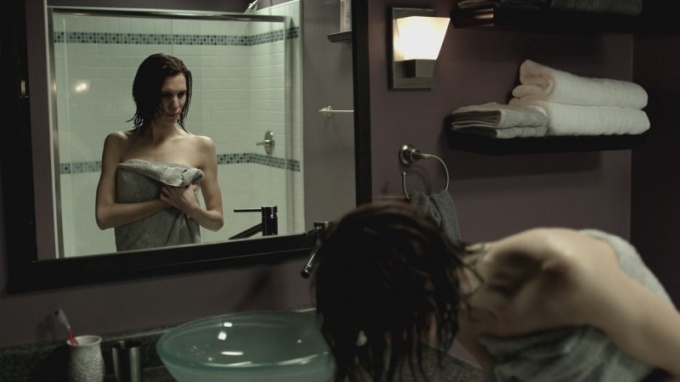 It is believed that the mirror-like surface lurks a parallel world – a reflection of reality or a complete opposite of her. World of the looking glass – a trap for the soul, a living person often looks at himself in the mirror to assess your appearance. According to legend, Satan created this trap to bring in people one of the deadly sins – pride. For a deceased person glance in the mirror can have a disastrous effect on the soul can be caught in the mirror and as long as the mirror is not broken, it will be doomed to live in this world, suffer and suffer. Old beliefs you can see that if the mirror has not been hung when the house was dead, then after some time it started to thicken on it "from the inside" there are marks, scratches, and cracks. It sharpened soul with your breath and signs gave the family to understand that the mirror she had been captured and must be destroyed.

Divination has survived to the present from time immemorial, says that under certain conditions, in the mirror you can see the spirits of the ancestors, the future betrothed.

The energy of death

Parapsychologists believe that at the time of the death of a man observed a huge energy spike, so the soul leaves the body. The mirror as a film camera can capture these energy fluctuations and leave a visual image of what the person felt at the time of death. Later, due to this residual energy, the house strange things happen – the sighs, the groans, the clatter of dishes, creaking of floors and other manifestations of poltergeists and ghosts.

Fear of lack of reflection

Some believe that the human soul during the three days after the death does not understand what happened to her, she returns to her usual life in a furnished home. By accident or on purpose she can look in the mirror and seeing your reflection, be very scared. She may try anger or fear to try to damage the mirror and even break it. According to superstitious people, it distracts the thoughts of the deceased from understanding the actions of his earthly life, so the mirror should hang a sheet or close any other opaque matter.

Most often in Christian tradition, the mirrors hung with black cloth, which represents the sorrowful apparel.

In the study of ancient traditions, we cannot exclude the theory of layering of the astral body, according to which each person has an astral counterpart, which can be seen in the reflection of the mirror. It is therefore not recommended in life often look in the mirror – "squander" his soul. At the time of death of body doubles connect and must leave this world together, but the soul who has gazed into a mirror, may leave a part of yourself in the reflection, and therefore the transition to the other world will not be completed until the end. One part of the soul remains in the world of the living, the other will tend to infinity, are hovering between the worlds have a negative impact on the astral body and bring him suffering.
Is the advice useful?
See also
Подписывайтесь на наш канал