Do hang a mirror at the funeral: Orthodox view

Human death in ancient times was covered with a special mystique. It is no coincidence that at the present time there are many of beliefs and superstitions related to funerals. 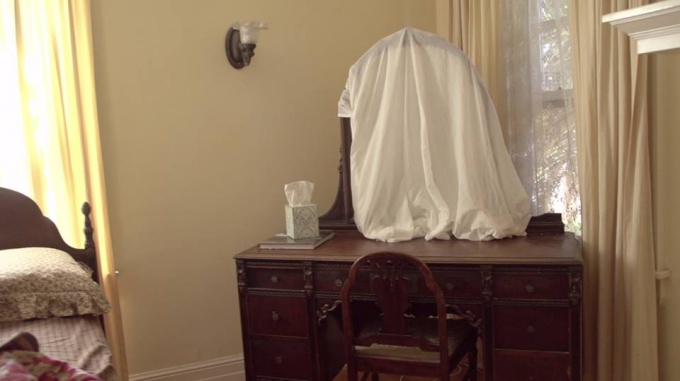 Currently, with the funeral of the deceased person link the various regulations, the implementation of which is compulsory in the minds of the people. However, some of the practices are superstition and entirely unnecessary from the standpoint of the Orthodox faith and Christian culture.

A very common practice to canavesana mirrors at the funeral (and within forty days after the death) of the deceased. Very rare families that do not adhere to this tradition. However, from the point of view of Orthodoxy the practice of canavesana mirrors at the funeral is not only not necessary, but speaks about the vision of the soul from the point of view of the Orthodox faith.

Supporters of the practice of canavesana mirrors at the funeral substantiate the fact that, in itself, a mirror is a window, the "entrance" to the underworld. To soul never left earth before their time through a similar "portal" mirror and curtain. Another theory suggests that the soul can see his reflection in the mirror and get scared. Such explanations have nothing to do with Orthodox tradition.

According to Orthodox teaching curtain mirror at the funeral do not need. The Church told the people that the human soul is quite reasonable. Absurd to say that the reasonable soul is scared of its own image. In addition, Orthodoxy does not see the mirror any portal to the underworld through which the soul can get lost in the mirror. All of this relates to mysticism in this context is completely alien to the Orthodox world. A believer understands that such actions do not affect the soul of the deceased. The main thing for the deceased person - making a prayer of remembrance of the reposed and mercy, in memory of the deceased.

Often this kind of superstition, like some other folk practices, supersede the Christian meaning of remembrance. People are starting to pay attention to external action, forgetting about the spiritual foundations of the sense wires in the last journey of loved ones.

It is also necessary to say that canavesana mirrors at the funeral can still take place if the living people physically and mentally frustrating to see the tomb. Some begin to feel some discomfort. In this case, it can be the mirrors in the room, but it is not because of the fear for the soul, but for the sake of practical convenience of the living.