Terrible omens: the threat of the mirror in the night

Mirrors and all reflective surfaces in many Nations linked to the omens that portend disaster. Believe it or not — a private matter. However, to understand the reasons for these fears is worthwhile in any case. 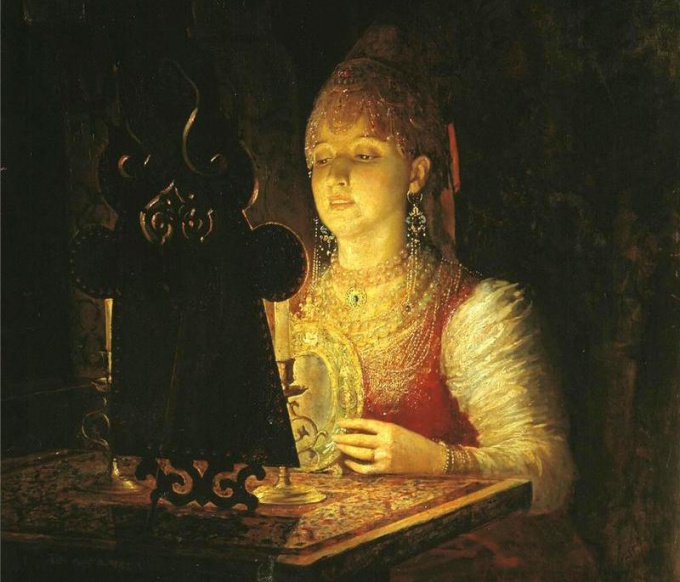 One of the most enduring superstitions - don't look in the mirror at night. It is believed that the mirrors serve as a kind of portal to another world, and therefore, at a certain time a thin film boundaries can break and release of alien energy. The time of darkness comes the night, the darkest — from midnight to three o'clock in the morning. And careless looking in the mirror at this point, to accept, may lead to exhaustion of the soul of the beholder or the penetration into our world of evil forces.

It is no coincidence that one of the most dangerous is guessing at her spouse with candles between two mirrors. Of repeated reflections can look out not favorite people, and it took the appearance of demons. For this reason many peoples have sustained the ban on mirrors in the bedrooms. People believe that it is impossible to sleep in front of the mirror, because the night is easy to open your eyes and see your own reflection.

All of these signs it is not difficult to explain from the point of view of logic. When I was born these signs, mirrors were a rarity, a rarity, and people were able to frighten myself the opportunity to see his own face. In addition, the surface of the old mirror was not ideal, in them and in the light of day flashed spots and the reflection is slightly distorted. In the uneven flame and turbulent imagination, it all turned into a terrible moving pictures that could frighten to faint or even loss of memory.