How to get to Nalchik

Nalchik is the capital of the Kabardino-Balkar Republic of the Russian Federation. Translated from the Karachay-Balkar languages "Nalchik" means a Shoe, it is in form and reminds this town. 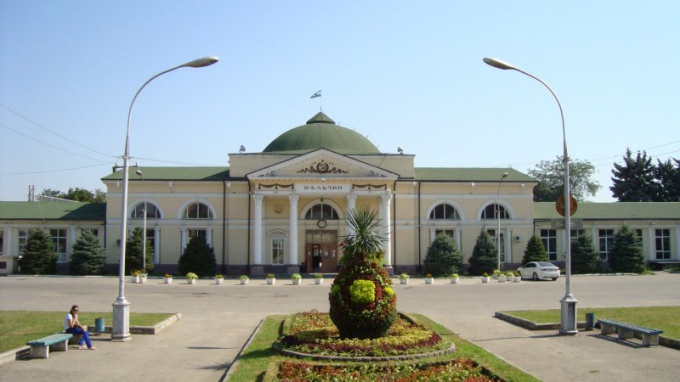 Related articles:
Instruction
1
The city is located on a dead-end railway line that starts at a major node station Cool. At the moment the railway station of Nalchik serves only one pair of passenger trains No. 061/062 "Nalchik-Moscow". From Moscow to Nalchik by train it takes about 36 hours. Also, the station of Nalchik is a Terminus for electric trains linking the town with Mineral Waters and Cool city.
2
Drivers can reach Nalchik through private vehicles. Through the village passes highway M29 "Kavkaz" (in some atlases – Р217), connecting the Mineral Water, Armavir, Pyatigorsk, Beslan, Grozny, Makhachkala and Derbent. To reach Nalchik from Moscow, you will need to use the motorway M4 "don" and then in the village Pavlovskaya to turn on the M29. In addition, in Nalchik begins Р288 highway leading to the town of Maisky.
3
In Nalchik there are two bus services which can benefit the traveler who wants to reach this settlement. The first bus terminal serving intercity and the second commuter. Nalchik has direct bus links with Moscow, Kislovodsk, Krasnodar, Pyatigorsk, Novorossiysk and many other cities of Russia. Also running an international flight "Nalchik - Baku" and "Nalchik - Sukhum". The journey from Moscow to Nalchik by bus will take about 23-24 hours.
4
In the North-East of Nalchik is its airport, which can also benefit the traveler. At the moment fly to Nalchik can only be reached from Moscow (Vnukovo), flight time is about 2-2. 5 hours. In addition, from Nalchik there are Charter flights to Jordan, Syria and Turkey.
Is the advice useful?
See also
Показать еще
Подписывайтесь на наш канал