How to get to Vladikavkaz

Vladikavkaz is the capital of Northern Ossetia – Alania Republic. Until 1990 the town was called Ordzhonikidze, however, after the collapse of the Soviet Union, he was returned its historical name. In 2007 the Vladikavkaz was awarded the title "City of military glory", he is now one of the largest industrial centers of Russia. 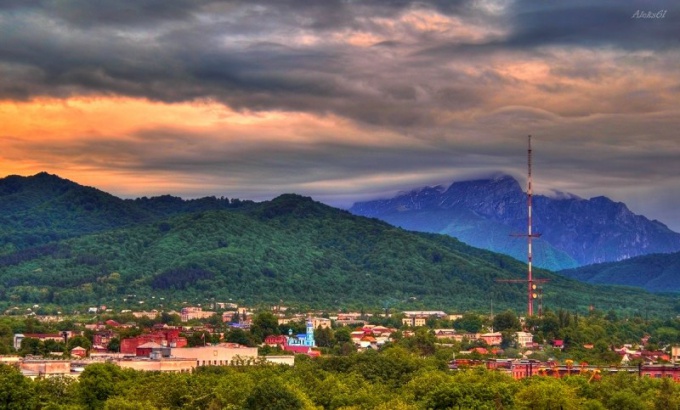 Related articles:
Instruction
1
The easiest way to reach Vladikavkaz by train. A railway passing through the town, is a dead end and is an offshoot from a major site, located in Beslan. Stantsiya Vladikavkaz is the final destination for the following trains: №№33/34 "Vladikavkaz - Moscow", No. 121/122 "Vladikavkaz - Sankt-Peterburg" No. 607/608 "Vladikavkaz - Anapa", No. 677/678 "Vladikavkaz - Novorossiysk", No. 679/680 "Vladikavkaz – Mineral Water". Travel time from Moscow to Vladikavkaz is 37 hours. Also running three trains linking Vladikavkaz to Beslan, Mineral Water and the station Cool.
2
Near the town of Beslan is the airport of Vladikavkaz. The terminal is served by only three airlines – S7 Airlines, UTair and Orenburg airlines that organize flights only between Vladikavkaz and Moscow. The first aircraft of the airline twice a day, with the exception of Thursday and Sunday, committing flights in the capital's Domodedovo airport. The second company serves daily flight route "Vladikavkaz – Moscow (Vnukovo)". "Orenburg line" in the same way as S7 Airlines will organize flights to Domodedovo. The average flight time from Moscow to Vladikavkaz is 2 hours.
3
The owners of private vehicles can easily reach Vladikavkaz. Through the town pass the following highways: "Р297" ("Transkam"), linking Russia and South Ossetia; "А301" ("Georgian Military highway") that connects Beslan to the Georgian border; "Р295" - "Nalchik – Vladikavkaz" and "Р296" - "Mozdok – Vladikavkaz".
4
In addition, in the capital of Northern Ossetia – Alania Republic operates two bus terminal serving intercity bus service. From bus station № 1 has daily flights to Anapa, Astrakhan, Makhachkala, Tskhinvali, Sukhumi, Sochi, Kislovodsk, Mineralnye Vody, Moscow, Novorossiysk, Rostov-on-don and Stavropol. The second bus station serving long-distance flights between Vladikavkaz and Grozny, Makhachkala, Derbent, Khasavyurt, Sleptsovskaya and Mozdok.
Is the advice useful?
See also
Подписывайтесь на наш канал