How to set NTV+

Many people who want to have good satellite TV, resorting to the help of companies specializing in the installation of satellite dishes. However, the services of these companies is quite expensive. If you want to save money, it makes sense to try to install a dish on their own, in fact it is not so difficult as it might seem at first glance. 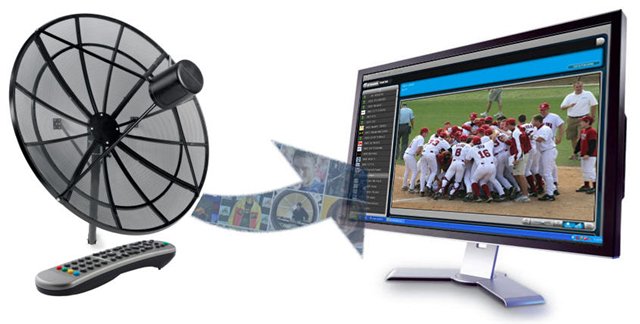 Related articles:
Instruction
1
Select a location to install the satellite dish. It is best to choose a place in the southern direction, because the European part of Russia the satellite is in the South. Try to keep on the line connecting the dish and the satellite, there were no extra items – they will be in varying degrees, to jam a satellite signal and spoil the quality of the image.
2
Assemble your satellite dish according to the Assembly instructions that comes with it. Secure the LNB in the holder, now attach the cable to it. Antenna pole attach to the wall of the building, hang the antenna. Attach the Converter arbitrarily, but it is best if you position it with the connector down, because in this case the water will not get inside of your Converter.
3
With a mirror antenna contact very carefully. The fact that even very small deformation of the mirror can greatly affect the quality of signal received by the antenna.
4
If you set his plate in Moscow, is better to install it vertically, i.e. so that the saucer plate was installed perpendicular to the surface of the earth. If you install the plate in St. Petersburg, then slightly tilt it forward. If you decide to install a dish in Volgograd, it is best to slightly tilt back.
5
Now connect the TV and the receiver, following the instructions to the receiver. Proceed with the setting in open channels, such as TNT, NTV, etc.
There are two ways to configure the receiver.
6
First method: in the menu of the receiver select "setup", then slowly rotate the antenna until you get best signal from the satellite (watch video on a TV or monitor). Secure the antenna to the best position.
7
The second way: if your satellite receiver is no possibility of precise settings without entering the menu, select the open channel and rotating the dish until you get the desired image. Secure the antenna and enjoy the view.
8
All, now you can enjoy your satellite TV, and the fact that you installed it with your hands.
Is the advice useful?
See also
Присоединяйтесь к нам
New advices