How to catch a satellite signal

Satellite TV allows to receive TV signals digital quality that is superior to traditional analog. In addition, it can be used anywhere in the world, if only there was coverage of the desired satellite. A satellite dish can not only take, but also to transmit digital packets, thus there is a possibility of connection to the global Internet, regardless of ground transmission lines. The only thing that needs to be done to catch and adjust the signal from the satellite. 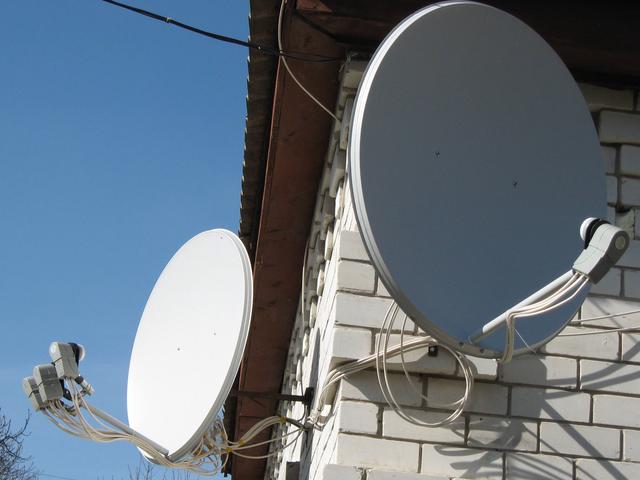 Related articles:
You will need
Instruction
1
Install a satellite dish on the wall, the roof or just in the yard on a pole. Carefully secure it to prevent the wind to move it. Otherwise, the signal will be off. If the installation will produce in concrete or brick wall, it is best to use with anchor bolts. Bracket for mounting antennas must be installed horizontally or vertically, depending on the variant.
2
Attach the rod end plates to the Converter (head). Take the coaxial cable, clean it, ensure that the screen had no contact with the Central core. Using f-connectors, connect it to the connector of the Converter. The second end of the clip in the socket of the satellite receiver (or dvb-card (internal or external), or television).
3
In the first case, there is a possibility to use the services of satellite Internet. If the selected TV receiver, connect it to the TV. The last turn on and tune in to the UHF channel, just start the scanner and stop it on the TV the picture with the specified model.
4
Identify the geographic coordinates, the latitude and longitude of where you are mounting the antenna. After that, find on the website http://www.lyngsat.com/which satellites can take.
5
Select one of them and record the technical data of the transponder, which broadcasts TV signal, for example, 11760v27500 where 11760 frequency in MHz, v – vertical polarization, h - horizontal, 27500 – symbol rate. In addition, there is Ku, C-band range. It is impossible to simultaneously receive signals from all bands, only individually. Therefore it is necessary to correctly determine the data transponder.
6
Define the sector of finding the desired satellite. To do this, you should use the compass. Find the direction to the South. Then use the program Satellite Antenna Alignment. Define it as the degree of direction to the South, for example, Donetsk oblast (Ukraine) located on 37 degrees. V. D. and 48 deg. V. sh., South to 36 degrees. Thus, all satellites to the right of this line have less than 36 degrees, for example, 13e, 5e (e – East longitude, "east").
7
Point the antenna to the desired sector. For example, store the setting on the satellite Hotbird 13e. Accordingly, set aside on a compass bearing to the right from the South: 36-13=17 degrees. Enter the settings for the transponder in the satellite receiver in the tab "Installation".
8
Install the antenna in a vertical position, loosen the mount, but that it was in preload. Scan the sector, i.e. slowly move it left and right, if the signal from the satellite on the TV, then lift it slightly. Again do the same thing until a steady signal.
9
Fix the satellite dish in this position and adjust the heater again signal strength. Lock it. On the TV scan the whole range of the transponder from the selected satellite and save.
Is the advice useful?
See also
Присоединяйтесь к нам
New advices